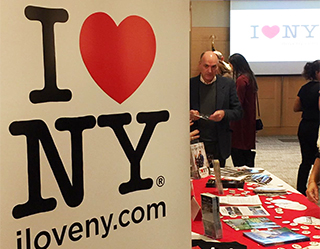 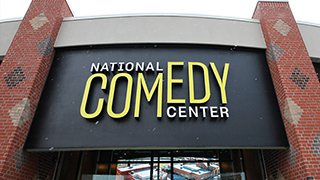 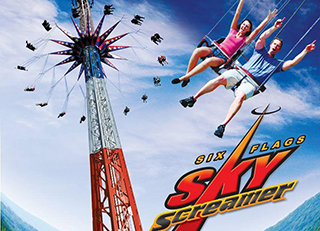 The Sky Screamer is coming to Six Flags Darien Lake. 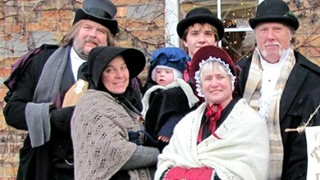 Visitors can travel back in time to a Dickens-style Christmas in Skaneateles, NY.

Security didn’t prevent a full-scale invasion last week of the U.S. Embassy in Ottawa by travel advisors from such agencies as CAA and Expedia, tour operators and travel media, all with one mission in mind. They sought an update on what New York State has to offer Canadian visitors, especially in those regions hugging the international border. Their takeaway:  there’s plenty to keep visitors enchanted.

As it turns out, however, many Canadians already know that. As Christopher Quinlivan, the embassy’s minister counselor for commercial affairs noted, 3.1 million Canadians visited New York in 2016, making it the second most popular state for Canadian travellers. Numbers have grown in each of the past two years, he said, with a further 4% increase projected for 2018.

Markly Wilson, head of international marketing for the state’s tourism authority, says New York has invested heavily in tourism marketing and infrastructure, through initiatives ranging from a planned five-year refurbishment of JFK and LGA to a US$144 million commitment last year for 371 tourism-enhancement projects across the state.

“With approximately the same square metres as all of France,” he said, “there’s no reason you can’t send someone to New York City, which everyone knows about, and then send them upstate and make them happy there as well.”

By contrast, the new National Comedy Center in Jamestown, home of comedienne Lucille Ball, is so interactive that visitors take a test to determine their preferred comedy style (maybe sarcasm or slapstick) and then experience exhibits in that light. “You can easily spend four or five hours there and still have more to do,” she told Open Jaw. In Oswego County, winter activities include ice fishing, snowshoeing, even ice climbing (“which sounds kind of extreme to me,” Onuffer admitted).

Also present was Paula Savage, who’s in charge of Canadian marketing for the state’s Department of Economic Development. She touted the 50th anniversary of the celebrated Woodstock music festival in 2019, which promises a month-long festival of concerts and other events; rail tours, which can be accessed from both Toronto and Montreal; and the Bicentennial Peace Garden trail, which threads together important sites associated with the War of 1812 in both New York and Ontario.

“New York is a cost-effective way for Canadians to visit the U.S.A.,” she said. “Your dollar goes a lot farther because you’re not paying big city hotel rates. You’re close, and we’re your friendly neighbours.” And she said she’d learned that “Canadians don’t come down to New York; they cross over.”

Peter Johansen is an award-winning travel writer in Ottawa who taught journalism at Carleton University for 39 years.