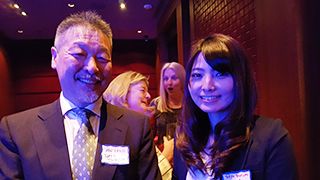 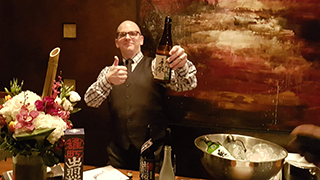 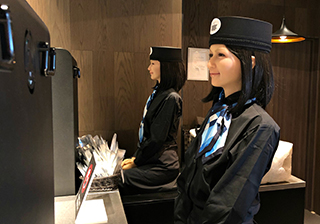 Too good to be true? Robot receptionists are evidence of tech-crazy Japan

There’s nothing like warm hospitality on a freezing Toronto night. So the generous welcome offered by the Tokyo Tourism office at the stylish and authentically Japanese resto Ki in the heart of the city’s financial district was doubly appreciated.

The crowd of travel types warmed up quickly at they enjoyed the presentation about Tokyo’s diverse charms given by Steve Gillick, President of the Talking Travel consulting firm and unabashed fan of the city – he estimates he’s been there over 50 times.

“I love the people there, the moments of gracious hospitality, and the food,” he told me, adding that despite its population of over 13 million the city has endless opportunities to explore nature. And yes, its reputation as being so expensive can be a misconception: you can cut costs by staying in a capsule hotel or a “business hotel” with small rooms; dining costs need not exceed those in Toronto. A no-tipping culture also helps keep vacation budgets in line.

Also present was Shinn Kawaio of Tokyo Tourism who told Open Jaw that most Canadians visit Tokyo as part of a tour of Japan, staying 3 days in the city – “Though they almost always say they wished they had at least 5 days.” Also worth noting is that the country is a long series of large islands running north to south, the north having a climate much like Canada’s while the south is semi-tropical.

Japan of course is famed for being on the forefront of technology: witness the robot front desk staff at the Henn-na Hotel in Ginza neighbourhood (“Henn-na means strange,” Gillick explained.  Well, I guess so.)

The Japanese preoccupation with what Gillick calls “toilet culture” is also renowned. No wonder: toilets there can rise to greet you, play noises to disguise any you may be making, then wash and dry you.

The evening topped off with a sake tasting session hosted by Michael Tremblay, a Canadian who is a certified advanced sake professional and who told me that another misconception about Japan is that sake must be drunk warm. “That’s only to disguise ‘rough’ sake,” he says.  “In fact there’s a sake for everyone, fruity, aromatic, even sparkling.” Kanpai! (Japanese for “Cheers!”)

If you’d like to learn more about Tokyo, check out the new online Talking Tokyo magazine – full of insights from a North American perspective.