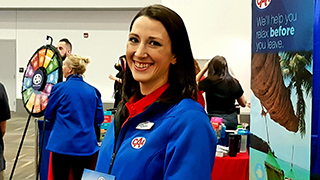 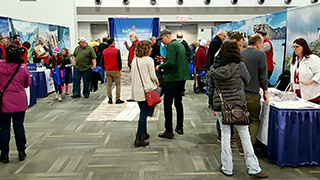 Many of the 18,000 attendees stopped by the Newfoundland booths. 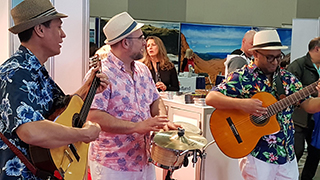 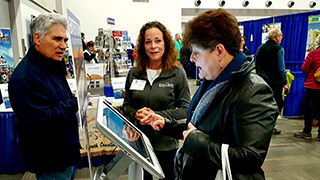 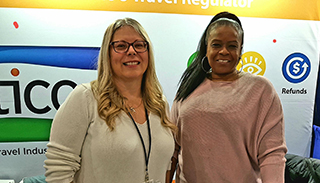 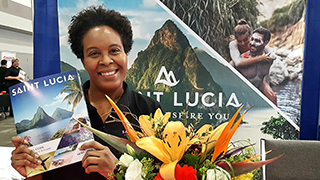 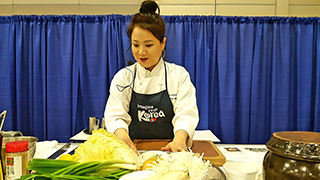 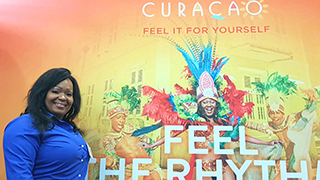 Silk fans from China and live Cuban music. Kimchi from Korea and karkade (hibiscus juice) from Egypt. Stetson-shaped stress busters from Texas and folk art from all over.

The 200 exhibitors at the 25th annual Ottawa Travel and Vacation Show lured travel enthusiasts any way they could this weekend—but from all accounts, none of those extras was necessary.  The show has proven to be wildly successful with consumers and industry alike.

Foul weather—snow, sleet and rain, freezing and otherwise—didn’t deter an estimated 18,000 attendees.  “If anything, the weather has improved attendance,” co-founder Halina Player told Open Jaw.  “It seems more packed than in previous years.”

Exhibitors were unanimous in praising Ontario’s only consumer show focused exclusively on travel.  Kimberly Hartley, Canada Sales Manager for Myrtle Beach Area Convention & Visitors Bureau, was typical.  Noting she’s attended at least a dozen times, she said the capital is a unique market. “Government and education workers get guaranteed vacation time, and they take it,” she noted. The capital region is second only to Toronto in funneling Canadians to her South Carolina destination, which boasts 99,000 rooms, a 100-km beach, and a hundred golf courses.

Lana-Andez Lubon, Toronto-based Consumer Marketing Officer for the Saint Lucia Tourism Authority, termed the show “fabulous,” and noted she was kept busy with “lots of meaningful conversations with people.”  But she added it was a chance to correct consumers’ misconceptions: “Some don’t know exactly where we are.  Some think we’re very pricey, and we are a luxury destination, but there are good options for those on a budget.”

There was even an ambassador behind a booth. Balint Odor of Hungary said he attends each year for a short stint, noting that with a rising number of Canadian visitors to his country—46,000 in 2018—it’s important to assure travelers there’s more to Hungary than Budapest, and that Budapest has a lot of little-known treats—from diverse music festivals to Michelin-starred restaurants.  Adds Zsuzsanna Sarmon, Hungarian Tourism’s North American business development officer, there are more than 200 thermal baths, a 240-km cycling path around Lake Balaton, two significant wine regions, and activities from windsurfing to rock climbing.

Agencies are among those building brand awareness.  For Caitlin Charter, manager of the CAA store in Orleans, ON, the task is to inform people they’re a full-service agency, not simply a provider of emergency road services.  “We want to remind everyone that we can book their cruises or provide tips on everything from potential destinations to which electrical converters they should pack.  The show is a great way to connect with current members and meet potential new clients.”

James Wooderson, an adventure specialist at Merit Travel, is similarly keen on honing consumer expectations:  “Adventure is what we’re known for.  But we can offer river cruises, book package holidays, pretty much everything.  It’s great to tell what we can and can’t do to people interested in travel. That’s different from other consumer shows with a mixture of interests.”

Even for Ottawa’s venerable Handa Travel, in business nearly a half-century, there’s promotion potential. “There are window-shoppers, to be honest,” says group sales specialist Wolf Schwarz, “but many are very interested.  This is a chance to show off what we have and hopefully turn interest into sales.”  He adds the show allows exhibitors to network with each other, too.  This year, Handa struck a deal with a Toronto company to sell small-group tours that Handa originally organized for its own clients.

Agencies were given a leg up by the presence of the Travel Industry Council of Ontario.  According to Suzie Janko of TICO’s head office, most folks she talked with were unaware of TICO’s compensation fund that protects bookings made by TICO-approved agencies. “The WOW Airlines issue has made people really interested in finding out more,” she said.

Other recent travel news had an impact on the show.  Co-founder Halina Player noted the loss this year of long-time exhibitors such as Mexico and Turkey because of cutbacks in Canadian operations.  But that’s meant space for new ones—Tahiti, Sri Lanka, Martinique, Spain, Galapagos and Honduras among them—and she believes these new destinations helped spike attendance.

Among first-timers was the Curacao Tourist Board. Sales rep Kadesha Salom  explained the island concentrates on winter travel and wants to attract the Ottawa market.  “We heard only great things about this show, but I didn’t expect such a crowd,” she said.  “People aren’t just picking up brochures and moving on. They’re very engaged. We’ll definitely be back next year.” 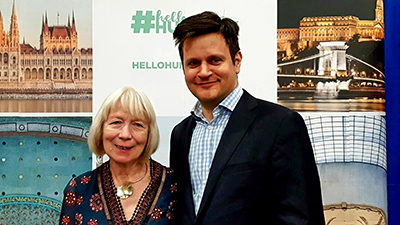