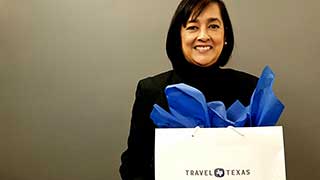 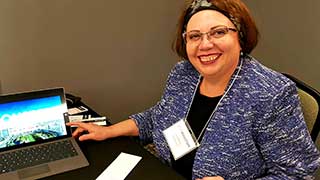 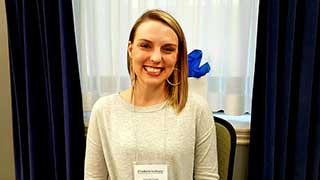 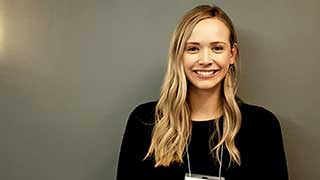 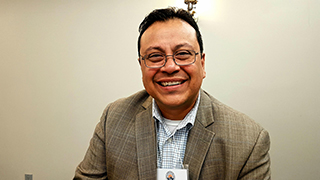 But a visiting delegation from Texas told Ottawa media pardners Tuesday that there's a lot more to rustle up in the Lone Star State.

With more than a half-million Canadians spending an average of 10.3 nights there in 2017, we're the state's second-largest source of international visitors, according to Debra Bustos, International Marketing Specialist for Travel Texas. Visitation is projected to grow 20% by 2022, she added, thanks in part to recent hikes in airlift.

New direct flights from Vancouver, Toronto and Montreal were added a couple years back, and Bustos noted WestJet inaugurates seasonal service next month from Calgary to Austin.

"We know Canadians are still using travel agents," she told Open Jaw, "and we still like to be active in the marketplace to inform agents about all that Texas has to offer. We want to keep the state top of mind."

She says consumers are often surprised to learn Texas has 1,000 miles of coastline. Nor are many aware the destination boasts great diversity for history and arts buffs, cyclists, adrenaline junkies, wine snobs and foodies alike.

That all became clear when Open Jaw met with four destination experts, who offered rundowns on their destinations in a variation of speed-dating:

Houston
"Houston is home to cowboys and astronauts," quipped Celia Morales, who heads international media relations for Visit Houston. There's the Houston Livestock Show, a 20-day rodeo that attracts two million visitors each winter. But the big draw this year is the 50th anniversary of the first moon landing, which has led such media as the New York Times and Conde Nast Traveler to include the city in 2019 must-visit lists.  Officials have restored the original mission control centre on the NASA grounds, and it's open to the public, while visitors opting for a VIP Level 9 Tour get a guided behind-the-scenes look at the NASA property. July brings month-long space-themed packages at hotels, restaurants and bars, and special exhibits and astronaut talks too. See visithouston.com for more.

Fredericksburg
Founded by German settlers in the mid-1800s, Fredericksburg is not a typical Texas town, said Amanda Koone, communications director for the town's Convention and Visitor Bureau. "It's a bit like Germany, without being kitschy. We have the culture of a bigger city in an authentic small-town nugget." She told Open Jaw that "tons of Canadians" visit each year, many drawn by terrific cycling trails, pleasant weather, and valleys filled with bluebonnets. A dozen art galleries, restaurants using local products, and an astonishing 1,300 B&Bs and guest houses have all popped up as the result of 50 vineyards and tasting rooms, which "are a good alternative for wine lovers who have done California." She adds that Fredericksburg is cheaper than California, too. Details: Visit Fredericksburg.com

Lubbock
Sitting pretty at a 3,200-foot elevation in the High Plains region of the state, Lubbock is the home of rock music legend Buddy Holly. A new performing arts centre named in his honour, due for completion next year, signals the "huge musical legacy Holly left in Lubbock," said Visit Lubbock media manager Katherine White. "There's live music every night, and it spans the spectrum," she said, noting that recent performers ranged from Garth Brooks to Metallica. There's art (Texas Tech University has one of the top university public art collections in the country), the world's largest collection of windmills, and an annual symposium on cowboy culture that draws fans from around the world. Lubbock sits in the state's major grape-growing region, and one of the city's vintners was just named a semi-finalist in the prestigious James Beard Awards competition.  Details: visitlubbock.org

Big Bend
In June, the U.S. National Parks Service marks its 75th anniversary, and Robert Alvarez, Executive Director of Visit Big Bend, said that's a great time to visit Big Bend National Park. The 800,000-acre West Texas tract of canyons, desert, mountains and the Rio Grande River is home to 1,500 species of plants. Alvarez describes it as "a vast expanse of nothingness" that offers endless diversity. For those seeking a venue for destination weddings, the Gage Hotel Resort and Spa in Marathon offers a stunning garden setting with a Texas feel. Those seeking a taste of Mexico (but worried about safety) can hail a rowboat and cross the Rio Grande,  take a mile-long burro ride into Boquillas del Carmen, Mexico, for handicrafts, and visit archaeological sites, hot springs and a cave full of crystals—all within the safety of a well-protected region. Information: visitbigbend.com

The Texas mission, organized by Rosalyn Hunter of VOX International, Canadian PR agency for Texas Tourism, moved on to Montreal yesterday to meet with travel media there.