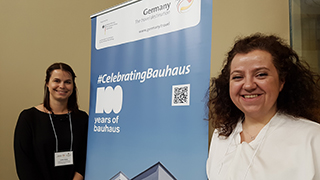 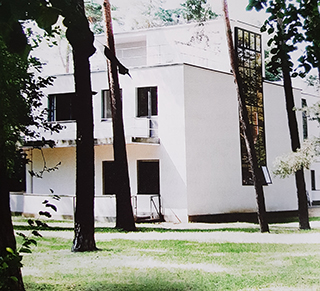 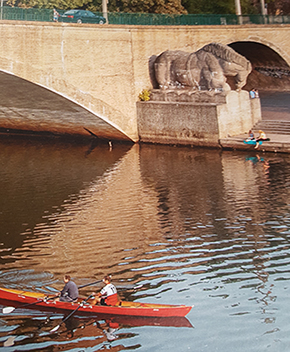 Imagine a creative movement that touched on pretty much everything in society: Architecture. Teapots. Bridges. Chairs. Hospitals. Advertising. Wallpaper.

That’s what was happening in Germany, starting 100 years ago this year. The Bauhaus (literally “house building”) movement, led by talented forward-thinkers, had lofty ambitions: to change an understanding of life. Energized by ambition and optimism in a post-World War I society, they sought to experiment with functional and simple concepts which still influence some of our most innovative designers today.

Though the movement lasted just 14 years (until it was denounced by the Nazis and many of its most creative practitioners left the country) there are countless remaining landmarks and evidence of their work throughout Germany.

Germans – never ones to turn down an excuse for a celebration, festival or commemoration -- have organized some 100 events around the 100th anniversary of Bauhaus. A new museum will open in September in the city of Dessau, the epicentre of all things Bauhaus. Clients can visit the Bauhaus Design Shop or take a public bus which passes all of the Bauhaus buildings in Dessau, or enjoy a Bicycle Architec-Tour through the city of Halle. Even clients who have only a passing interest in history or design are sure to be intrigued by the movement’s enduring contribution to the German landscape and lifestyle.

And for an example of the lasting international influence of the movement, in downtown Toronto you need only crane your neck to admire the skyscrapers of the TD Centre, started in 1967 by German designer Mies van der Rohe, and still looking like they were completed yesterday.

Should you send clients to Germany this year, chances are they won’t be alone: in 2018 there were some 700,000 overnight stays by Canucks, up 3.4% from the previous year, according to Julia Dywelski of the German National Tourist Office in Toronto.