Yee-Ha! YVR Advisors Learn All About The Alternative Side Of The Lone Star State 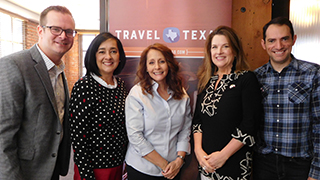 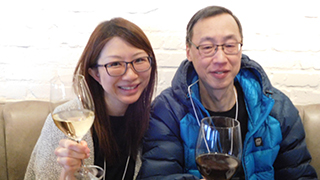 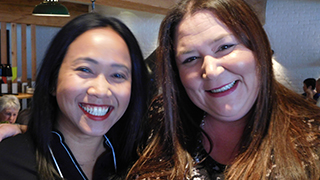 BeeBee Prangchan, director of partner relations at UNIGLOBE Travel, and Afra Davis, business development manager for BC at TravelBrands. 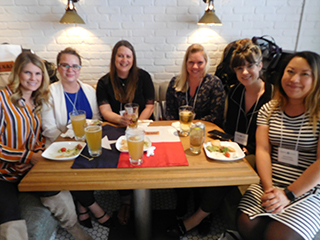 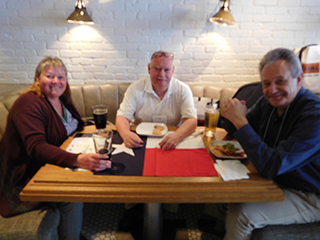 Karen Walden and Chris Walden of TPI with Jeff Balabanov of Prime Travel.

Travel agents from across the Lower Mainland happily chowed-down on some tasty Texan barbecue at a Travel Texas lunch at Earls in Yaletown on Friday.

But there was more than melt-in-the-mouth meat on offer during this event, as the presentations highlighted two alternative hub-and-spoke destinations to offer clients who travel through Dallas Fort Worth Airport: Arlington and Fredericksburg.

They may not be the first destinations that spring to mind when you think of Texas, but there are many compelling reasons why Canada’s travel agents should be talking to their clients about them right now.

Sports & Entertainment: Arlington
“You may have actually been to Arlington and not realized it!” teased Scott Poland, tourism sales manager at Arlington Convention & Visitors Bureau. “You don’t really know where one city ends and one begins, but last night I was reading an article that named Arlington one of the five most diverse cities in the nation, so I’m glad we’re getting the recognition.

You’re not the only one who may have visited Arlington without realizing it, because with its winning blend of sports and entertainment attractions the city attracted a whopping 14.5 million visitors last year.

The city is huge a magnet for live sports fans, and it regularly hosts events like the Superbowl, WWE Wrestlemania and the NFL Draft.

“In Fredericksburg we like to say we have a Texas heart and German soul,” explained Karyn Mayo, director of tourism & strategic alliances at the Fredericksburg Convention & Visitors Bureau.

“It’s a magic nugget of a destination that travellers probably don’t know about. We’re a tiny town, so you could ask why people would choose to travel internationally to get to us? Well one good reason is that Lonely Planet has announced that if you’re going to Texas, you have to see Fredericksburg.”

With its quaint architecture, wildflower farm, Enchanted Rock Dark Sky Park and unique European/Texan vibe, there’s a definite buzz around the destination at the moment. And just last month, Architectural Digest named it one of America’s prettiest small towns.

The town is also fast gaining a stellar reputation for its wining and dining scene. Fredericksburg is home to some 50 wineries and vineyards and it’s also part of the Craft Brew Trail. Showcasing its German heritage, the town is home to the Alstadt, a new brewery that adheres to ancient Bavarian brewing traditions and the historic German Purity Laws.