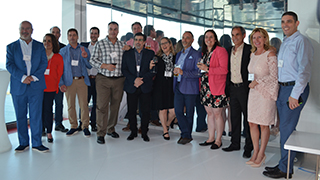 Group shot! The entire Softvoyage team at the anniversary event. 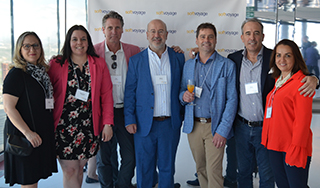 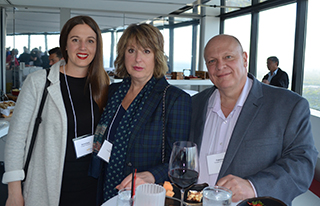 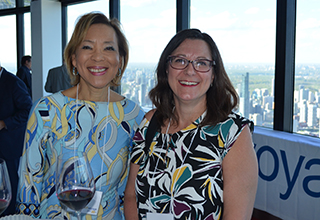 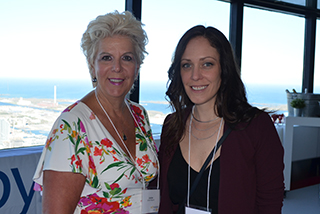 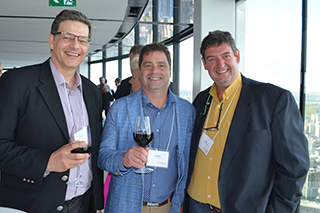 A Canadian travel tech success story, Softvoyage celebrated 20 years with a large group of friends high above the city at Toronto’s CN Tower last night. The company will do it all over again next week, with a party at the Olympic Stadium in its Montreal home base.

“This is a big day for us,” said VP Sales & Marketing Dan Langevin, the sales face of the company almost since its inception. “Twenty years in the software business is quite an achievement.”

The roots of the company go back even further than 20 years. Co-founder Moise Levy began creating software solutions for tour operators in 1987. The other co-founder, Steve Ringuet, started a company named SIREV in 1992. But it was 1999 when the pair joined forces, creating a company that has worked with operators, airlines and agencies in the Canadian and international markets ever since.

Many of the Softvoyage staff have been with the company for many years, which Levy describes as “one of our biggest achievements.”

The close relationship between the company and its employees is a major part of its success, said Langevin.

“We’ve had huge ups and downs over the years. But everyone rallies together and says ‘Let’s get through this.’ It has been a wonderful place to spend much of my career.”

When Softvoyage was created, the Internet was in its infancy. It changed everything in travel distribution, and Softvoyage rode the wave of change, working closely with and listening closely to its clients, to tailor solutions to their needs.

Steve Ringuet says Softvoyage has never doubted that travel agents would remain relevant, even in the digital age.

“People are constantly talking about AI – artificial intelligence. When we talk about AI we mean ‘agent intelligence.’ Because agents bring knowledge that can’t be replaced. We give an edge to the travel agency by providing them with tools to make them more efficient and drive sales.”