It's A Whole Neo World For Transat 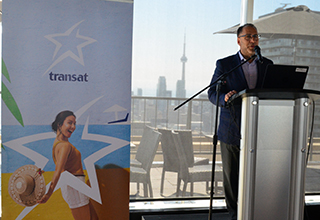 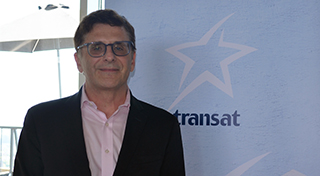 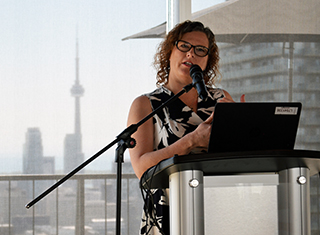 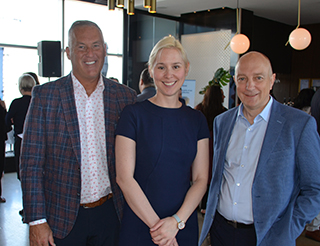 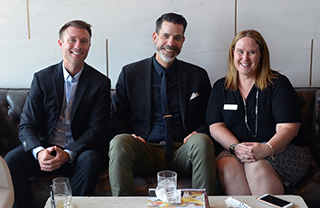 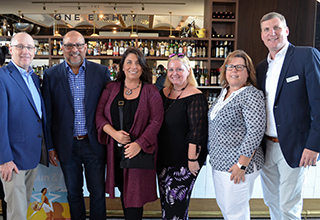 Despite a looming potential acquisition, Transat is charging full steam ahead with increased capacity and product offerings, assisted by a steady stream of efficient new aircraft that will open up fresh opportunities.

High above Toronto at The One Eighty on the 51st floor of the Manulife Centre, Joseph Adamo, Chief Distribution Officer & President TDC at Transat, reinforced the carrier-operator's place in the leisure market, come rain or shine, Air Canada or Mach.

"For sure these are uncertain times, but for the most part they're actually very exciting. I'm confident that a strong and prosperous future awaits Transat, its employees and its clients," he said.

Looking forward, Adamo identified key priorities for Transat's future success as improving the customer experience at all touchpoints, finding efficiencies, optimizing performance and doing all these things in a sustainable manner.

Connecting these objectives is a new aircraft touted for its fuel-efficiency, long range, and ideal size: the Airbus A321neoLR.

Last month, Air Transat became the first North American carrier to introduce the model into its fleet, a first step toward its transition to an all-Airbus lineup by 2022.

Air Transat's first A321neoLR took flight between Montreal and Nantes on 15MAY. The carrier expects to receive two more throughout the course of 2019 -- with the next one arriving as early as by the end of this month – and should receive the rest of the 15 plane order by 2021.

Adamo spoke highly of this single-aisle narrow-body aircraft, saying it will improve the customer experience. The aircraft will feature a redesigned Club Class, more personal space in Economy and an entertainment system with larger screens and USB ports.

"It's a wonderful aircraft. I really love the way they've turned out in terms of the finishes, the pitch, the cabin configuration," says Adamo.

As for optimization, Gilles Ringwald, VP Commercial, calls these planes a "gamechanger" for the company.

For one, operating a streamlined fleet of aircraft makes routes much more efficient in terms of cost and reliability, says Ringwald.

With a mixed fleet, there's the inconvenience that pilots need to undergo a two-month requalification each time they switch over from flying a Boeing 737 south during the winter season, to the Airbus 330 in the summer. With an all-Airbus fleet, they can fly both the 330 and 321 without a transition.

Also, Airbus' A320 Family is renowned for its fuel efficiency which -- besides saving Transat some sweet dollars at a time when fuel costs are rising and margins are razor thin -- sets the carrier on a sustainable path.

Adamo is proud to relate that last fall, Air Transat became the first vertically integrated operating company to be certified by Travel Life, which ranks excellence in sustainability.

"You should feel good about doing business with us. Tell your clients, help your staff tell your clients. I think at some point, who you deal with matters. It's not just price and product. On this front, I can honestly say I think we stand out and it's worth mentioning," says Adamo.

The aircraft's size and, as the 'LR' in its name suggests, its ability to fly long-range is a combination that will allow Transat to grow its destination offerings, underlined by the recent release of its 2019-2020 winter program which features multiple new routes down south and to Europe.

"It allows us to be much more flexible," says Ringwald. "This aircraft allows us to think about new destinations and developing the network. Today, flying from Vancouver to Cancun or Punta Cana is a challenge because either we operate with a 330, which is too big, or we have a Boeing 737 and the range is too long so we cannot reach. The 321 is the perfect aircraft because it has the range, but is also the perfect size with 200 seats onboard."

This type of aircraft plays right into Transat's global thinking about distribution networks and markets as it tries to become a more competitive, year-round player in the Canadian market – not just sun in winter and Europe in summer.

That's a reason why Transat's new winter 2019-2020 schedule includes increased capacity and product offering. For example, service from Toronto to Barcelona and Rome has been extended until mid-January, and service from Montreal to Madrid and Malaga will be offered year-round.

"If we want the client to keep thinking about Air Transat, we should be there all the time. We cannot disappear for six months and come back. Plus, we are always thinking about new opportunities," says Ringwald.

Besides offering a total of 32 destinations, some of the new flights offered in the winter Sun & Fun brochure include: