Las Vegas Reinforces Its Place As Entertainment Capital Of The World 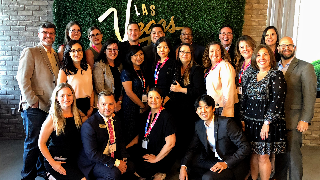 The Vegas team – about 16 hotel, destination and attraction reps from Las Vegas shared what’s new in and around the city. 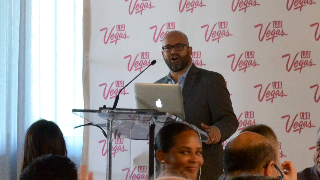 Fernando Hurtado, Senior Director of Global Sales with the LVCVA, speaking at the evening dinner. 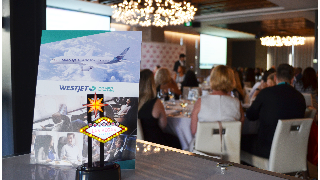 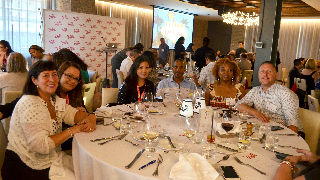 Approximately 100 agents and partners from around Toronto attended the networking event.

Usually, what happens in Vegas, stays in Vegas, but at a networking event hosted by the Las Vegas Convention and Visitors Authority (LVCVA) last week, the destination reps were very loose-lipped with what Sin City has to offer.

About 100 agents and partners participated in a trade show and networking evening with 16 Vegas hotels, destinations and attractions, learning all about the latest and greatest on the horizon for The Strip and beyond.

Toronto was the final stop on the LVCVA's eastern Canada tour that covered Quebec City and Montreal prior. In the spring, the board also held a tour covering the west of Canada with stops in Edmonton, Kelowna, Calgary and Vancouver.

Canada is the #1 international market for Las Vegas, which last year welcomed more than 1.45 million Canadians.

Although there are 34 weekly flights out of Toronto and 113 weekly flights nationally to LAS, getting to the destination is becoming even easier with an increase in service (either imminent or already established) through what used to be feeder markets – cities like Kelowna, BC; London, ON; and Winnipeg, MB.

Further expanding lift from feeder markets is on the agenda for the Las Vegas Tourism Authority, says Fernando Hurtado, Senior Director of Global Sales with the LVCVA, particularly in areas like Quebec City, QC; Edmonton and Calgary, AB; and Victoria, BC.

For accommodation options, Las Vegas' 150,000 room count runs the gamut of hotel quality, and there are new properties on the horizon. Between now and start of 2023, the destination is poised to add 10,000 new rooms.

With its broad scope of entertainment options mustering everything from nightlife to shows, museums, theme parks and parties, Las Vegas has earned the moniker of "Entertainment Capital of the World” -- and it keeps expanding the lineup.

Canadian sports enthusiasts now have another reason to love Las Vegas (or perhaps love to hate) – the destination now has its own hockey team, the Vegas Golden Knights.

"It's the new little nuances that we are adding to the destination that keep it fresh," says Hurtado. " We've always been the Entertainment Capital of the World, but I think we've been missing out on the sports scene and it's all fallen into place in the last couple of years with the Golden Knights and the Las Vegas Stadium. There's even been talk of an MLS [Major League Soccer] soccer team."

The Las Vegas stadium, expected to open around fall 2020, will be the home of the Oakland Raiders football team and has the capacity to host music festivals, a variety of indoor sports matches and other events.

There's also the MSG Sphere Las Vegas – an 18,000-seat LED-covered globe that will be a music and entertainment venue. Currently under-construction in Paradise, Nevada, the VR projection dome is expected to be built by 2021 and feature a massive IMAX screen behind the stage -- which Hurtado says is about 100 times the size of a regular IMAX screen -- 4D audio and sensory overload.