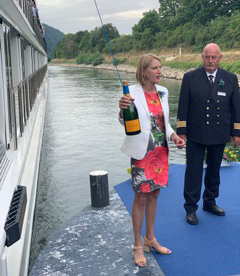 Preparing for the coup de grace 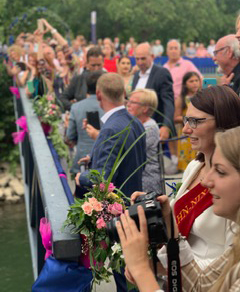 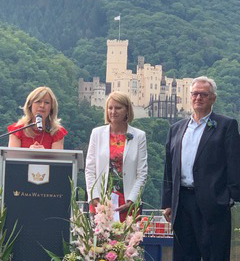 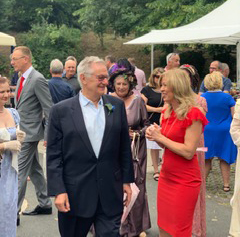 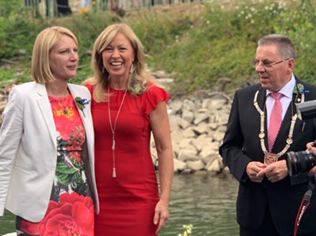 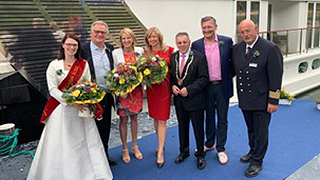 The AmaMora family along with the
Mayor of Lahnstein

What the world needs now... is more amore. That was the message in the town of Lahnstein on the banks of the Rhine during the blessing of AmaWaterways’ 23rd ship, the AmaMora.

Townsfolk in local costumes greeted us as we disembarked and were served regional snacks, beer and wine. The festivities included traditional dancing, music, flower garlands and a charming party atmosphere.

In keeping with the AmaWaterways tradition of choosing women of influence in the travel industry as godmothers, Ensemble Travel Group President Libbie Rice had the honour of christening the ship.

Rice rose to the position of running a major international consortium while raising a family and achieving such daring feats as hang-gliding in Rio and bungee-jumping in Whistler -- all with grace and steely will. That resume ticked all the requirement boxes for an AMA Godmother.

AmaMora is the third cruise ship to enter AmaWaterways’ fleet in 2019, after its sister ships AmaLea and AmaKristina, and right on the heels of the launch of the innovative double-wide, AmaMagna.

AmaWaterways co-founders Kristin Karst and Rudi Schreiner, both on board this christening cruise, are clearly in love with their new ship. Each one is a personal passion project for the couple that launched the river cruise company 17 years ago.

The ship is elegantly appointed with splashes of gold and sensual Gustav Klimt prints such as The Kiss -- a personal favourite.

It’s on the Violin deck that AmaWaterways has introduced an innovative 350 sq. ft. suite featuring a French balcony and an outside balcony. Despite the many discussions I’ve had regarding balconies on river cruise ships, I have to say that sitting in the sun overlooking the river with a glass of Veuve on our private deck is really quite marvellous.

A special mention must be made of the crew. The men and women taking care of us on this cruise are beyond a doubt the most friendly and accommodating I have ever encountered.

When barman/sommelier Strahil noticed we enjoy certain wines, he would dig around in his arsenal to produce little gems to accompany our dinner. Main waiter Igor, who bonded with my husband over the virtues of grappa, is an absolute delight.

As is every encounter with each crew member. Having travelled once or twice, I know this doesn’t just happen. There is clearly a secret ‘amore’ sauce the company has developed to instil such a sense of ownership in the staff.

And that, in itself, can make or break a vacation.