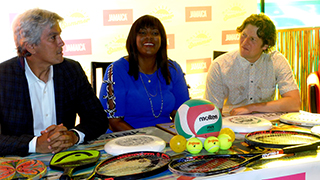 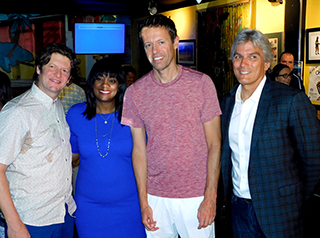 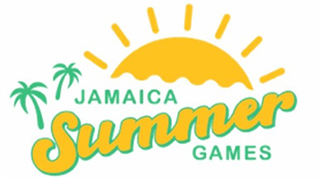 From Usain Bolt to the world’s most unlikely bobsled team, Merlene Ottey to the Reggae Boyz, Jamaica has an outsized presence in the sports world, just as it does in music and cuisine.

A blend of sport, music, culture and entertainment – with a Jamaican accent -- will be on the menu from 16-18AUG on the beachfront at Toronto’s Ashbridge’s Bay, for the first-annual Jamaica Summer Games and Wellness Festival, billed as “Toronto’s premier health and wellness experience.”

The project is the brainchild of Karl Hale, president and CEO of specialist agency Sports Travel Experts, and founder and co-chair of the Helping Hands Jamaica Foundation, a 15-year-old organization that raises funds to build schools on the island – 20 of them to date. Hale was looking for a new method of raising money for the foundation, and the Jamaica Summer Games is the result.

A media launch for the games was held at Toronto’s iconic The Real Jerk restaurant, which has served authentic Jamaican cuisine for over 30 years.

On hand were a couple of the Canadian sport celebrities who are lending their skills and profile to the event – former World #1-ranked squash player Jonathon Power and Daniel Nestor, one of the foremost doubles players in tennis history. Other sporting supporters not in attendance at the launch include former Toronto Maple Leaf Nick Kypreos and soccer star Dwayne de Rosario.

A key sponsor for the event is the Jamaica Tourist Board, which is also offering a prize featuring a stay at a Palladium resort along with donated WestJet flights.

Angela Bennett, Regional Director Canada for the JTB, says partnering with the event was an easy decision.

“What is sports without Jamaica?” she asked Open Jaw. “We’re very happy to be a part of this. Health and wellness is a growing part of Jamaica tourism and something we take very seriously. And we know the Helping Hands Foundation very well and support their work.”

Bennett promises that the JTB will offer “prizes, surprises and lots of Jamaican swag” for those attending the event.

The Jamaica Summer Games will feature sporting events all weekend, including beach volleyball, beach tennis, beach soccer and beach frisbee, as well as squash and tennis. There will be yoga on the beach too, as well as the smells and tastes of the Caribbean in a vendor market.

“We’ve got 500 athletes participating in our first year,” says Hale, who was born in Falmouth, Jamaica and was an ATP-ranked tennis player for the nation. “Within five years we’d like to have 10,000 athletes and be North America’s largest annual participatory sporting event.”