It Takes Two To Tango In Argentina
& Copa Is A Perfect Dance Partner! 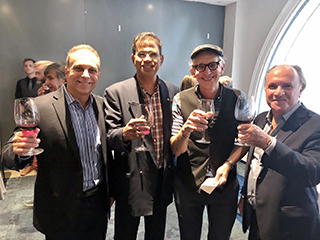 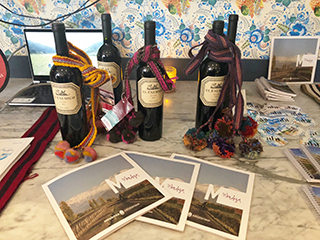 Guests were treated to wine from the Mendoza Region

Invited travel trade, tour operators and MICE representatives were on hand at Toronto’s Lena restaurant last week to hear from a delegation representing the Argentinean provinces of Mendoza and Salta. Hosted by Copa Airlines, the event showcased the wine, gastronomy and various outdoor activities the regions have to offer.

“In the first seven months of the year, Argentina has seen 4.3 million tourist arrivals from all over the world,” said Maria De Los Angeles Arrieta, Deputy Consul General Trade Commissioner. That is a 10% increase compared to 2018 and expected to keep growing.

Imagine taking a hot air balloon ride over a century old vineyard to be greeted with a fine glass of red wine when you land. This activity is growing in popularity in the Province of Mendoza, which produces 70% of the wine in all of Argentina.

With 1,200 wineries, wine tourism is one of the top reasons to visit the region. Mendoza lies on the western central part of Argentina, bordering Chile. Situated along the Andes Mountain range, visitors can ski in the morning and treat themselves to a dip in a thermal hot spring in the afternoon. Mendoza is also known for adventure seekers looking to climb Mount Aconcagua. Soaring 6,900 metres above sea level, it is the highest point in the southern hemisphere.

Depending on how strong the Spanish accent, Laura Marin, Sales Manager, Copa Airlines, joked that “Salta is not the same as salsa,” though it sounds a lot like the popular condiment.

The province of Salta is considered “the gateway to the north of Argentina, land of poets, music, arts and culture,” according to Estanislao Villanueva Cornejo, Secretary of Tourism of Salta. It is also the only province to have three national parks, featuring diverse landscapes from salt flats, to lunar-looking landscapes of volcanic peaks and mountains. It’s heaven for bird-watchers, as it is home to 650 avian species.

Adventurous travellers can enjoy zip-lining, white-water rafting and trekking. A highlight for many visitors is experiencing the Tren A Las Nubes or Train to the Clouds, the third-highest train in the world, passing through small villages and crossing bridges at an altitude of 4200 metres.

Copa Airlines is leading the pack when it comes to travel to Latin and South America. It was awarded the “Most Punctual Airline Worldwide” by OAG (Official Aviation Guide) in 2018 -- the first airline in Latin America to achieve this accolade. How does it stay punctual, especially when the average transit time is just an hour? It’s simple, passengers don’t need to go through customs and immigration at the hub in Panama, saving them time between gates.

With news on the way of CM offering a free stopover in Panama City, the airport is also seeing improvements, with a new terminal expansion underway and set for completion in early 2020. Copa is growing its fleet too, from the current 104 aircraft to 116 by next year. The carrier operates five weekly flights out of YYZ and four weekly flights from YUL.

“Without the agents, tour operators and consolidators, Copa wouldn’t be successful,” says Marin. “We want to be sure we support them in any way we can.” 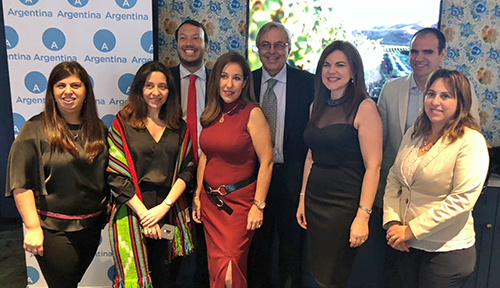