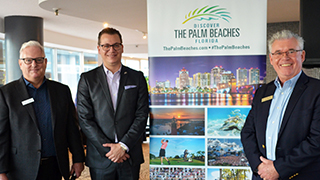 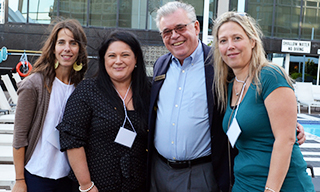 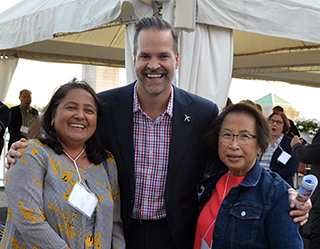 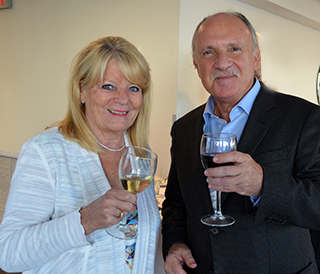 Its name is a little bit misleading.

Because while the sun-bleached sandy coast certainly is a main attraction in Palm Beaches, Florida, the destination entices visitors with many more experiences.

Erick Garnica, Senior Director, Leisure Travel Industry Sales at Discover The Palm Beaches, told a room full of Toronto-area agents, operators and partners that the county has more to offer than your standard beach vacation.

Eco-tourism, for example, is big in the north of the county, around cities like Juno and Jupiter. The area is prized for its natural scenery, opportunities to see wildlife at the Loggerhead Marinelife Center and on-the-water activities like kayaking and paddleboarding.

West Palm Beach is the pulse of the county, packed with upscale shopping, entertainment, nightlife and a chance to walk in the footsteps of some of the rich and famous who used to mingle in the city in the early-1900s.

A great choice for millennials is Delray Beach, a happening place with a lively main street, thriving art scene and a "South Beach vibe without the crazy," as Garnica puts it. Delray was actually named "Most Fun Small Town In The USA" by U.S. mapping company Rand McNally and USA Today.

"There's the perception that the Palm Beaches are for an older crowd, but that has changed," Garnica told Open Jaw. "It used to be that the grandparents brought their kids here, and when the kids grew up they brought their own kids and now the grandchildren are coming here, so it really has become a multi-generational destination."

As Florida's ‘Cultural Capital,’ there's a selection of museums tracing the history of the Palm Beaches, like the notable Flagler Museum. Henry Flagler is known as the father of Miami and Palm Beach for his involvement in the development of the Atlantic coast of the state and founder of what became the Florida East Coast Railway.

There's even something for sports fans -- from world-renowned golfing in Palm Beach Gardens to a vibrant polo scene in Wellington – that pairs wonderfully with the Ale Trail, a self-guided itinerary of local breweries throughout the county.

But a great deal of the Palm Beaches charm has nothing to do with the destination's activities, but rather in its aesthetic.

"It's a very historic destination and it's something we're very proud of," said Garnica.

Buildings dating back to the early 1900s can be found lining the streets, such as the Boca Raton Resort and Club, built in 1926 or the Breakers Palm Beach Resort, originally built by Henry Flagler in 1886 and rebuilt in 1926 after a fire in the building.

There's also the Brazilian Court in Palm Beach, a luxury boutique hotel which opened in 1926 and hosted Hollywood stars including Greta Garbo and Gary Cooper. It even has several cocktails  and suites named after the icons who have paid a visit.

The hotel is just two blocks away from Worth Avenue, the opulent designer shopping street often likened to Rodeo Drive in Beverly Hills (although Ian Black, Director of Group Sales with Brazilian Court, tells us that it should perhaps be the other way around, as Worth Avenue was established some 20 years before Rodeo!).

VoX International took over the Palm Beach account as of FEB and is now the go-to for Canadian agents for training, webinars, marketing material, tradeshows and spreading a general awareness of what the Palm Beaches are all about.

Garnica tells Open Jaw that Canada is the #1 international inbound travel market, with lift made easy with Air Canada Rouge -- the only carrier that flies nonstop between Canada and PBI – and the luxury Brightline rail, which offers a stop directly in West Palm Beach and also connects Miami, Fort Lauderdale and, soon, Orlando.

During the high season, Air Canada offers twice daily flights out of Toronto and daily flights from Montreal to PBI. The destination is also easily accessible via FLL and MIA. 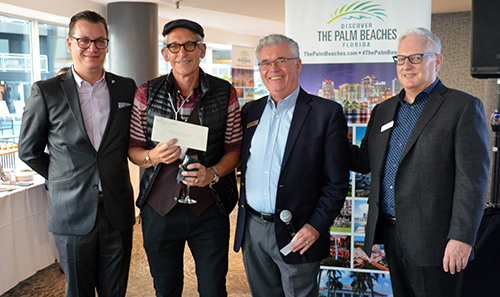 Bruce Slade (second from left), BDM with Huntington Travel, was the lucky winner
of a stay at the Brazilian Court Hotel.