"Our way. Your way. The Baja way." is the destination's new slogan, "tapping into it being unique, being part of who you are, and enjoying everything that Los Cabos has to offer," explained Monica Garcia, Vice President of Jesson + Company, which represents the Los Cabos Tourism Board in Canada. 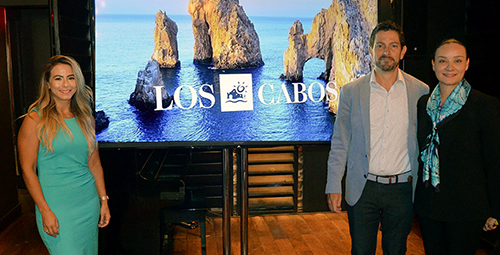 Many more Canadians are discovering the "Baja way," as the destination saw an 18% spike in arrivals from Canada this year, mostly from the West. After the United States, Canada is its second most important market.

In fact, Los Cabos, considered "the marlin capital of the world," is the fastest-growing tourism destination in Mexico -- 1.5 times the overall pace of Mexico -- with more than 3 million tourists visiting every year. With most destinations in Mexico either not growing or in negative territory, this growth is certainly noteworthy, said Garcia.

To keep pace with the increases, the destination has invested over US$1 billion to develop its tourism offering, including the addition of 6,000 rooms within the past 7 years and a new terminal for international arrivals at SJD.

In 2019, a total nearly 2,500 rooms are coming onstream, with openings of notable resorts like Hard Rock Los Cabos, Nobu Hotel Los Cabos and Four Seasons Los Cabos at Costa Palmas. At least another 2,000 rooms are already planned between 2020 and 2023, including resorts with the Aman, Grand Solmar and Sofitel brands.

All-inclusive properties make up approximately 1/3 of the choices, and there are also EP programs, family-oriented hotels, couples-only hotels, and small boutique properties.

Of all the luxury Mexican destinations, Los Cabos is the most high-end, says Garcia. It's also perhaps the most exclusive, as it's the only Mexico destination that you cannot arrive at by car.

But Canadians have 11 gateways to choose from, including two new flights launching out of Edmonton (1x/week) and Winnipeg (2x/week) starting in NOV. 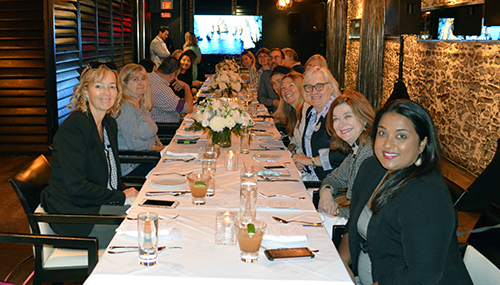 The media group at the Los Cabos luncheon at BLU Ristorante.

This year, the tourism board created the 10 Experiences In Los Cabos to show visitor options in Los Cabos, a destination of two cities: the quaint and colonial San Jose del Cabo and the hip and glam Cabo San Lucas, joined by a 30-kilometre corridor.

As a newer destination for tourism, Los Cabos has enacted strict regulations on urban image control, limiting signage and the height of hotels, requiring architecture to blend into the nature environment and prohibiting cruise ships from docking in the marina.

"They’re very strict about it. So when you go there, you don’t feel like it’s overrun and they plan on keeping it that way," says Garcia.

Forty-two percent of the territory of Baja California Sur is a natural protected area, and the destination has 19 swimmable, Blue Flag-certified beaches, most of them in the Cabo San Lucas area.

The Los Cabos Tourism Board has had to make some adjustments since the shuttering of the Mexico Tourism Board earlier this year. To fill the gap, Los Cabos and its tourism partners have pioneered a new independent fund that will be reinvested to supply what is no longer being invested by the federal government.