There’s Lots To Know About Orlando

It’s a great sign when a well-developed and famous destination draws hundreds of travel agents to a training event. Clearly there’s lots going on, lots of enhancements and lots to learn. 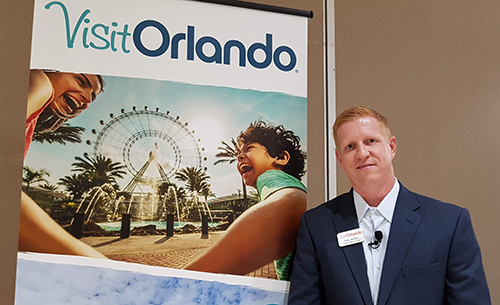 That’s why 300 agents turned out on a rainy evening in Toronto to soak up the news from Orlando. To be followed by similar evenings planned in Ottawa and Montreal, the event brought together agents from all over the GTA to meet 14 suppliers and one astronaut (more about that later).

I took advantage of all that MCO know-how to ask the suppliers about what’s new.

But I must say it was hard to ignore the massive line up by the Kennedy Space Center table. Astronaut Don Thomas was on hand for photos, autographs and brief reminiscences about his four journeys to space and 692 orbits. Your clients can have a similar experience when they book the Dine With An Astronaut event at the Space Center. 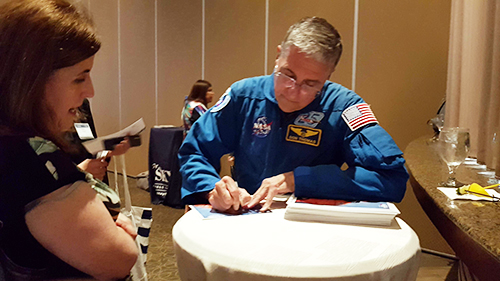 Travel agents get to meet a lot of cool people but I must say they were as happy as little kids to meet Don. Even if his kind of travel is non-commissionable. 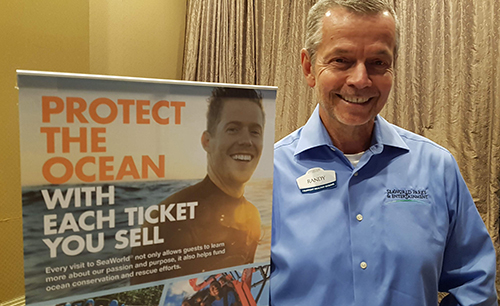 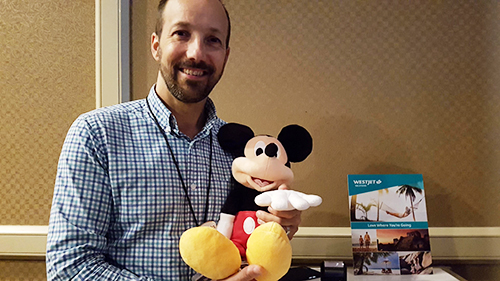