A Date With The Star Spangled Banner: OJ Takeaways From Discover America Day

Canadian travellers have had a long and lasting love affair with our neighbour in the south. It's a relationship that brought 1.3 million Canadian visits to the United States last year, a 4.9% increase over 2017. 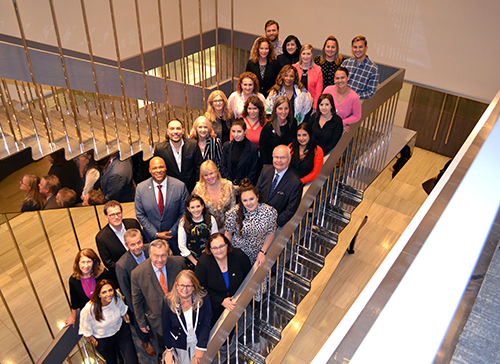 The reps for U.S. destinations and attractions at Discover America Media Day.

And whether it's exploring new destinations or returning to firm favourites, Canadians are always in search of "lifechanging" U.S. travel and experiences that have a true connection with the traveller, Colin Skerritt, Regional Director, Canada for Brand USA told Open Jaw.

"They want to have a hand in and some control in the type of vacations that they have. We're seeing a lot of support for both fly and drive itineraries and dynamic travel packages from our tour partners," said Skerritt.

Also trending is "to, through and beyond the gateway" travel or, as we at OJ like to call it – open jaw travel. 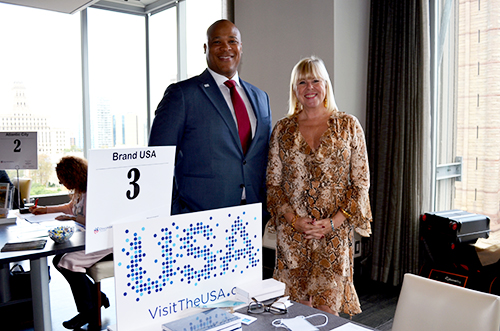 "Flying in and out of the same destination is not required anymore. It's no longer a requirement just to go destination to destination. There are so many more experiences beyond the gateway," he said.

And as OJ learned at the Discover America Media Day, the States always have something new to offer Canadian travellers. We sat down for a 10-minute speed date with a dozen U.S. suppliers, from destinations, attractions and airlines, and here's our rundown of some of what we learned: 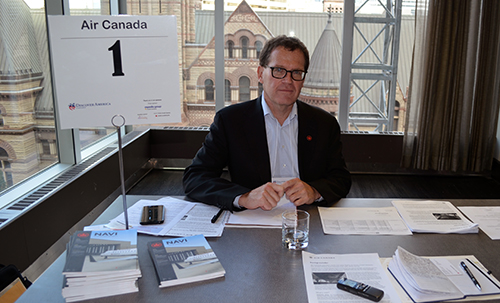 "Our main strategy is to have Canada serve as a connecting point for traffic all over the world going to the U.S.," he said. "We've really smoothed the connections in our hubs so you don't even have to pick up your bag anymore when you clear U.S. customs in Canada. It's a huge advantage over U.S. carriers. That's why we've really worked on developing our U.S. network."

AC has two new aircraft entering the fleet soon: the Boeing 737 MAX and in DEC, its first Airbus A220 (formerly the Bombardier C-Series).

"These are both great planes because they're very fuel efficient and small, so it makes the long, thin routes economical," he said. "We just announced our new route for the A220, Montreal to Seattle. Seattle is a good market, but it's not a huge market. In the past, to get something that could fly that far would have to be a big airplane, but you couldn't fill it, so it wouldn't be a profitable route. But with the A220, it's a small plane with a low cost and it flies that far. So it opens up markets for us."

As for the MAX, Air Canada has removed the plane from its schedules until 8JAN 2020 "to have certainty for the busy holiday season" and is awaiting regulator approval. 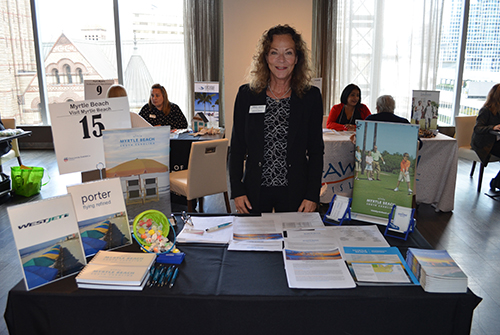 Between 1JAN-31APR, the destination is launching its 59th annual Can-Am Days, with special deals specifically for Canadians. "It's an affordable time because it's shoulder season."

The South Carolina destination is known for wide beaches, family-friendly activities and freshly caught seafood in the midst of a culinary scene that is "exploding."

Visit Florida
"When you think of Florida, places like Miami and Fort Lauderdale are top-of-mind, but we're trying to show that there are other hidden gems and great towns that are so unique and make a great trip," Sam May with Visit Florida told OJ. He pointed to Crystal River, the self-professed "Home of the Manatee" on the west coast, Ocala in Central FL, showcasing sparkling springs, and the sugary white sand beaches of "The Emerald Coast" in the northwest of the state. 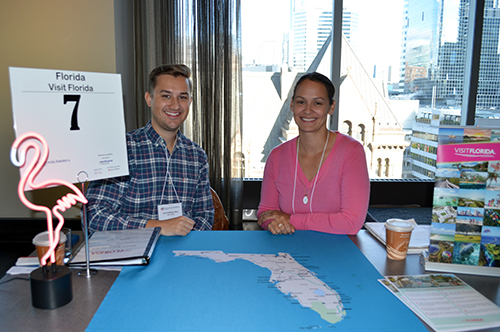 SeaWorld Parks & Entertainment
Marc Swanson, CFO of SeaWorld, has stepped in as interim CEO following the sudden departure of Gus Antorcha after seven months on the job. Randy Anger, Director, Sales and Marketing Canada, tells OJ they are "actively looking" for a CEO replacement but that Swanson, a long-time SeaWorld employee, brings "a lot of knowledge and stability" to the role.

Suzanne Pelisson Beasley, Corporate Communications Manager, says the organization will focus on "doing a better job of telling our rescue and education story," and says it's something travel advisors should be promoting as well.

Universal Orlando Resort
This is the place to be for fans of Harry Potter, as the theme park just opened its newest attraction this summer – Hagrid's Magical Creatures Motorbike Adventure, for which they planted 1,200 trees to recreate the Forbidden Forest, Universal's Ali Beemer tells us.

Universal also added its 7th on-site hotel, Universal's Endless Summer Resort -- Surfside Inn & Suites, geared towards the cost-conscious traveller but entailing all the perks of staying at a Universal hotel. In 2020, Universal will welcome Dockside Inn and Suites.

Experience Kissimmee
The "Vacation Home Capital of the World" has more than 22,000 vacation home rentals ranging from 2 to 15 bedrooms, and 18-bedroom cottages are also coming on the market, says Denise Graham, Account Manager. 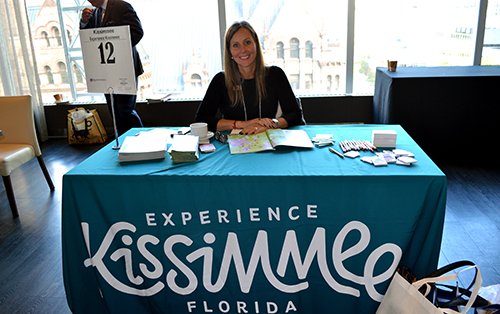 "It's just more economical to stay in one home than taking hotel rooms. It sets us apart from Orlando because there's a law in Orange County that you can't do short-term rentals. We're in Osceola County, so we're allowed to do that."

The destination has a new Margaritaville Resort Orlando that opened in JAN, just a 5-minute drive from the main gate of Disney. At least 1,000 two to eight bedroom "Key West style" vacation homes are being built around the property.

Colorado Tourism Office
It's all about the outdoor life in Colorado. The state has four national parks, picturesque mountain towns throughout the state, scenic byways, 42 state parks and 58 "fourteeners" – mountains over 14,000 feet (4 km) high.

"From an agent perspective, they need to keep in mind the amount of time it takes to drive around the state. You need to build in time to a client's itinerary and ensure they have enough time to see and do and experience," Annika Klint, Director Canada, told us. A popular circle route is to combine Colorado with stops in New Mexico, Arizona, Nevada, Utah and back to Colorado.