WestJet Touches Down In YOW

Ottawa advisors must have been keen to scoop up the latest from WestJet and some of its sun partners Tuesday. How else to explain why they started arriving 45 minutes before the doors opened on the airline's Travel Trade Expo? 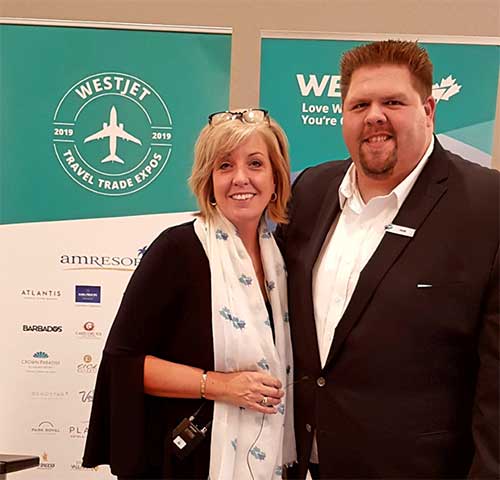 It was the last of this year's 30-city tour, a milestone that WJ Business Development Manager Nadir Sunay proclaimed as "going out with a bang." The evening was part informative, part thank-you for the more than 160 advisors attending, some from as far afield as Toronto and Belleville.

Jane Clementino, the airline's Director of Agency Sales, assured attendees that WestJet isn't looking at wholesale change under its new owner, Onex, who she said is already happy that WS is the most profitable airline in North America. "It's really important to hear from us directly about where we're headed," she said. 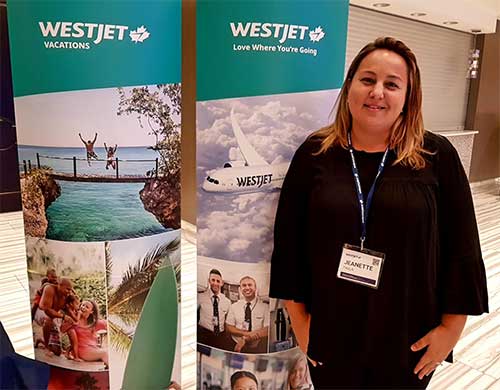 Clementino says the airline has worked hard to boost its appeal to premium customers, who spend between three and eight times the amount of its traditional leisure passengers. WS has done this by adding international destinations, including through code-share agreements with DL and AF/KL; upgrading premium economy and business class cabins and service; and enhancing its loyalty program.

Noting that international travellers are more likely to book through advisors than direct, she announced her agency sales team is growing by nearly one-third. "We're hiring five new people as I speak," Clementino said.

Some advisors registered surprise at learning WS's business class one-way fare from YYZ-LGW is just $1,699 all in—"about $5,000 less round-trip than the red guys," she said.

She noted that an evolving WestJet will retain the sense of fun -- such as corny in-flight jokes -- for flights servicing "fun destinations" like the Caribbean and Las Vegas. But they'll tone that down for more business-oriented routes, while continuing to exhibit a caring attitude throughout.  "After all, that's our core brand," she said.

Sunay elaborated on some of the changes in store for higher-paying customers, such as 78-inch lie-back seats in the 787 Dreamliner's business class, high-end amenity kits from Montreal-based Matt and Nat, and anytime dining options. 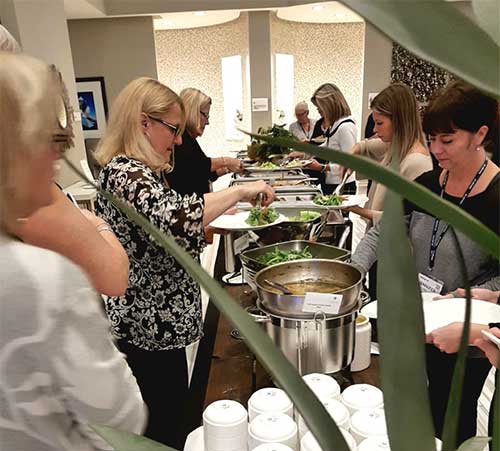 Sunay didn't ignore family-friendly WestJet Vacations, which is adding Roatan to its destination list. Four properties aimed at different markets will be serviced with Sunday flights from YYZ beginning 15DEC. He also noted that new properties are on the books for Hawaii, Riviera Maya, Pacific Mexico and five other sun destinations.

And he got the biggest applause of the night -- except for announcing numerous door prizes of trips and WJ dollars -- when he said the airline does not overbook.

Advisors also had a chance to speak one-on-one with several of WestJet's resort and destination partners, such as The Beaches of Fort Myers and Sanibel, whose Canadian Account Manager Jeanette Faria said Ottawa was an important stop so she could remind advisors that WestJet is doubling its non-stop YOW-RSW service to two weekly flights starting 02NOV.  "We're really excited about it," she told OpenJaw.