Flying looked very different 100 years ago. KLM Royal Dutch Airlines would know, as on 7OCT the airline celebrated a century since its founding by Dutch entrepreneur Albert Plesman in 1919.

Over the years, the Dutch airline was a pioneer in many ways and has seen the industry grow, struggle and evolve. 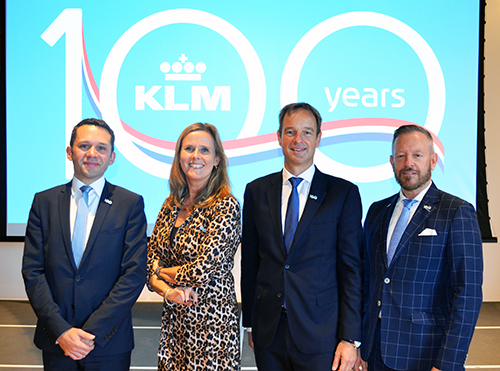 Take, for example, the fact that KLM's first cabin crew was all male. In 1946, it was the first European airline to fly to New York, and in 1966, it launched the world's first inflight magazine. In 2003, it formed the first airline group in Europe in tandem with Air France.

And not only is 100 years of success cause for KLM to look back and reminisce, but also to celebrate. 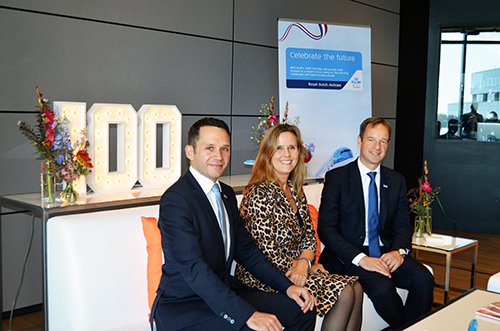 KLM is now the oldest airline in the world still operating under its original name.

The pride was almost palpable sitting across from KLM-Air France delegates at a media roundtable on 10OCT.

The airline held a celebratory event in Toronto attended by 150 partners and guests that marked not only the anniversary, but also the strong partnership with and presence in Canada, which has its own special moment. 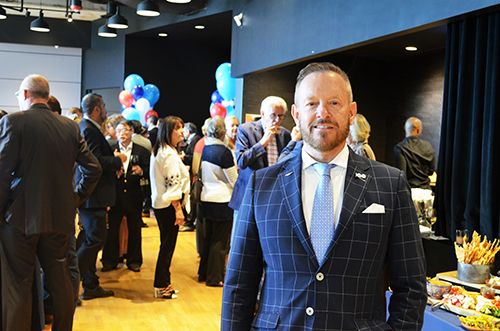 "In this context of celebrations and long lasting presence in Canada, we continue to invest in the country," said Vincent Etchebehere, VP, GM Air France KLM Canada. "If you take summer 2020, KLM will increase its capacity from Canada to Amsterdam by 6% year-over-year. If you look specifically on the route Toronto-Amsterdam, we will increase by 7% year-over-year." 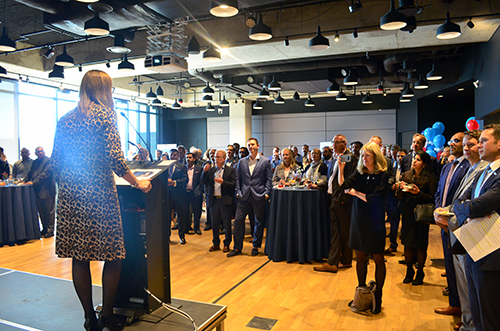 In Canada, the Air France/KLM/Delta joint venture has a strong partnership with WestJet, and although no commitments have been made, Bas Gerressen, Senior VP North America, did not rule out the possibility of eventually expanding that relationship with a JV.

An entrepreneurial spirit, adaptability and a dedication to its customers and employees have all played a part in ensuring KLM’s survival for 100 years in a tumultuous industry.

"We have connected with our customers by putting them first, and that's always been very key in our strategy, facilitating an excellent journey and making customer experience top of mind," said Barbara van Koppen, SVP Corporate Center & General Counsel. "And that's what we intend to do in the future, as well."

Etchebehere pointed out that for 2018 and to date in 2019, KLM-AF was most punctual airline from Canada to Europe. 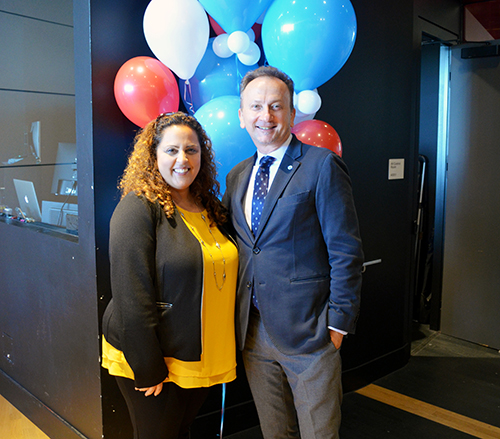 "They're an integral part of our success because most of our bookings still go via travel agents," said Gerressen. "So if we don't have travel agents, we don’t have bookings. Travel agents play a crucial role and also from the customer service side, of course. You can have reliable operation and good service onboard, but the travel agent is still part of the travel process."

Hoping to secure another 100 years of existence, sustainability plays a key role in ensuring our world is around for that to happen.

"We only have one planet and we all have a responsibility to take care of it and keep it livable for future generations. We don't think we can do it alone,” said van Koppen. “It is a joined responsibility with our airport, our customers and employees to create breakthroughs and join forces to really make this happen. And we also call on governments because there is a role for them in this respect."

In addition to operating corporate biofuel and consumer offsetting programs, KLM has partnered with SkyNRG to develop a sustainable production chain for alternative aviation fuels, and has committed to help fund the development of the fuel-efficient Flying-V plane, which promises 20% less fuel consumption than an Airbus A350-900.

KLM is also the airline recently notorious for its counterintuitive "fly less" campaign, challenging travellers whether they truly need to hop on a flight. On that note, the airline has teamed up with Dutch Railways and French-Belgian high-speed train operator Thalys to replace a flight between AMS-BRU with rail service.