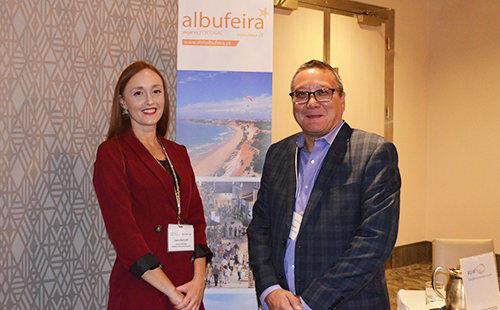 At least, that's the view of several suppliers at a tradeshow and dinner hosted by the Albufeira Promotion Bureau & the Portuguese National Tourist Office (of course they're not biased!).

Albufeira is a coastal resort town in the centre of Portugal's southern Algarve region, making it an ideal hub to explore 150 km of scenic coastline, said Joana Machado, General Manager with the Albufeira Promotion Bureau. 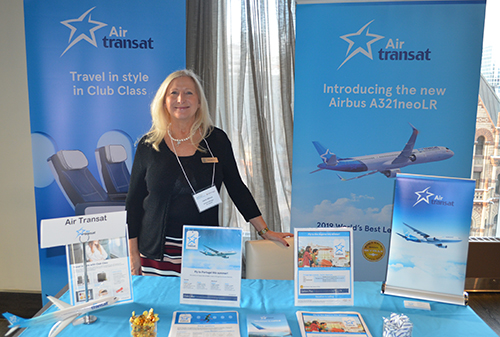 And it's a destination that Canadians are noticing. According to Machado, the Canadian tourist market is one of the fastest-growing during the low and middle season in the Algarve. Figures from the Algarve Hotel Association show that in 2018, Canadian visitation has grown 20%, representing 374,233 overnights.

From luxury boutique hotels to all-inclusives and self-catering properties, the Algarve region has a property to meet any traveller's needs, Machado told Open Jaw, and roughly 50% of all accommodations are in Albufeira. 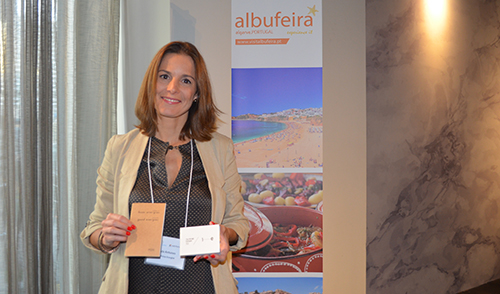 Getting to the destination is easy, with several Canadian carriers providing direct flights to the nearest gateway, Faro International Airport, just a 30-minute drive from Albufeira.

Transat is one of those conduits and, as Account Manager Laura Albrow told Open Jaw, the winter flight schedule includes weekly flights between YYZ-FAO from 14JAN to 28APR. Transat passengers can also easily connect via Lisbon.

Once in Albufeira, a variety of outdoor and water activities keep visitors busy, says Machado, and there really is a feast of options, marking it more than just a beach destination: there's cycling and bird watching, fishing and golfing (there are three main golf courses in the region), cave exploration and wine touring (the Algarve has four different wine routes), gastronomy and nightlife. 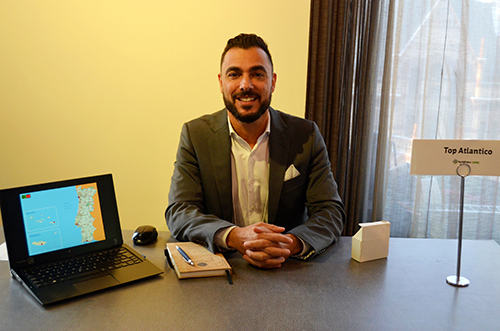 Weddings and sports training camps are also popular niche markets in the Algarve.

Vitor Vieira, VP of the Albufeira Promotion Bureau and rep for the Olhos d'Agua resort, shared with OJ what he thinks are the region's top three attractions: first, he noted the security, saying that it's a very safe destination where foreigners can rent a car and explore on their own, which many Canadians favour doing, he noted.

Second, he praised the local food and wine and lastly, the nature-based activities and attractions, such as the prized national park Ria Formosa. 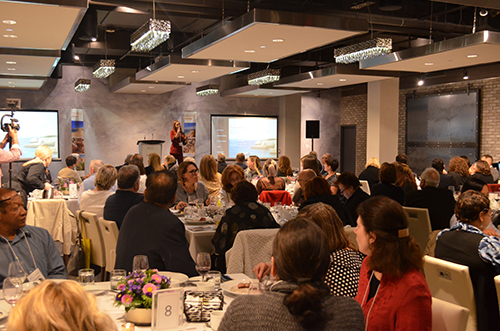 A menu featuring traditional Portuguese cuisine was served for the event,
including Caldo Verde soup and the Pastel de Nata dessert.

Another plus is the relatively low cost of living, said Gaurav Garg, Director with MGM Muthu Hotels. It's a factor that cajoles Canadians to spend an extended period of time in the Algarve, sometimes for as long as three months and especially during the winter season.

For guests seeking a more all-encompassing exploration of Portugal, a popular itinerary for Canadians is a 10-day road trip from Porto in the north, through the capital city of Lisbon, and ending in Albufeira in the south, according to Bruno Canhoto, Commercial Manager with Top Atlantico DMC. Snowbirds, he said, sometimes stay for months at a time during the winter season, when temperatures range in the high teens as opposed to high 20s at the peak of summer.