There's More To Dallas-Fort Worth Than Howdy & Horses

If someone last visited Dallas and Fort Worth, Texas as little as five years ago, they might have difficulty recognizing these destinations today. According to tourism officials, the sister cities have matured into tourist hotspots that are metropolitan, cosmopolitan and serve that up with a western flare. 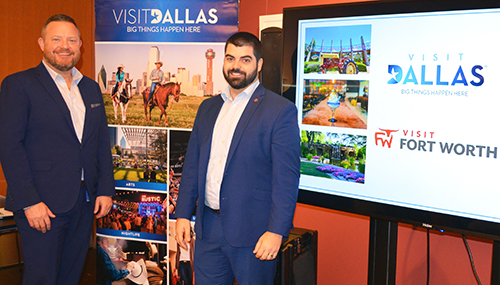 Mark D. Thompson, Senior Vice President of Tourism with Visit Dallas, and Ryan Oliver, Destination Strategy Manager with Visit Forth Worth, were in Toronto to share how the two cities have evolved with new state-of-the-art hotels, glamorous fashion and shopping opportunities, sports attractions and museums.

"There are so many stereotypes about what Texas is and what it is to visit Dallas and Fort Worth," said Thompson. "People still think about the Ewing family and the Dallas TV series, the football games and cowboy hats. As you'll see today, there is history and accuracy rooted in that, but there's so much more to the region." 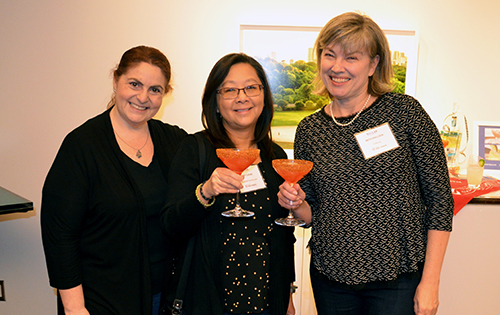 Arts and culture has undergone one of the most dramatic transformations, according to Thompson. The arts district in Dallas is now the largest in the U.S. and can easily be explored aboard the McKinney Ave Trolley, a free, air-conditioned and heated restored vintage trolley that that travels through 365 days a year. Over in Fort Worth, you can find the only Michelangelo painting in the western hemisphere, "The Torment" at the Kimbell Art Museum.

The culinary offerings have also bloomed in both Dallas and Fort Worth, with a proliferation of top-notch restaurants and bars, earning Dallas the title of 2019 Restaurant City of the Year by Bon Appetit magazine.

"What's happening in Dallas and Fort Worth is that there's been an influx of folks moving to the area, and that has had a dramatic influence on culinary, art, fashion, sports, nightlife, every aspect of life," explains Thompson. "As neighbourhoods grow, they start to develop their own personality and vibe. So now, if you're interested in a certain experience, we can say, 'go here' or 'go here'." 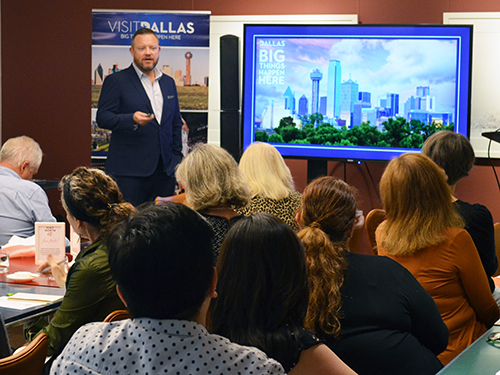 Thompson speaking during the luncheon presentation.

But guests looking for cowboy charm will still undoubtedly find it in Dallas-Fort Worth. Fort Worth, for instance, in keeping to its Cowtown roots, holds a twice daily cattle drive and is home to Billy Bob's Texas, the world's largest honky tonk.

Air Canada has direct flights to DFW from several Canadian gateways (as well as American Airlines, whose base is in Dallas). But it's not only getting to the destination that's simple – so is getting around.

Thompson calls a growth in the public transportation system a "gamechanger." The Trinity Railway Express (TRE) -- the fastest and largest light rail system in the U.S. – conveniently connects Dallas, Fort Worth, DFW and the convention centre.

A 30-minute drive separates Dallas and Fort Worth – or one hour on the TRE – making the sister cities an ideal two-in-one destination offering. 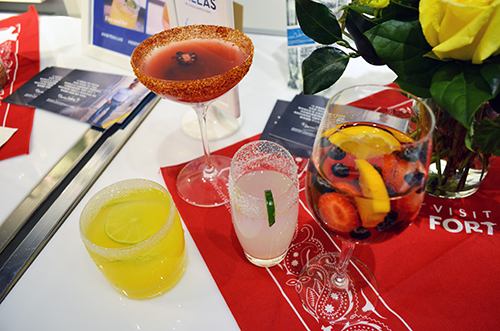 The tourism boards brought some Margarita Madness to the event to celebrate the
Margarita Mile app, which visitors can download for free and see 20 hand-picked
restaurants and bars across Dallas that deliver the most creative margs in the city.
Dallas also claims fame to being the Official Home of the Frozen Margarita.

"We call ourselves sister cities because both Dallas and Fort Worth offer a lot of the same things, but at different levels. Fort Worth is very Western with some upscale elements, and Dallas is more upscale with some Western elements. We play well off of each other," said Oliver.

"We really embrace that contrast and look at it as two vacations in one," added Thompson.

Bang For Your Buck

Canada is the #2 international market for Dallas-Fort Worth after its neighbour Mexico. A fluctuating exchange rate has contributed to dips and rises in visitor numbers, but the overall trendline has been increasing – and that's something agents should keep top of mind, said Thompson.

"The destination is overall great value for Canadian travellers. When the exchange rate was really challenging for Canada, there was a significant dip in the U.S., but less so in Dallas and Fort Worth because our price point has a very high value," he said. "So if people are looking for a U.S. experience, they will get that at a lower cost in Dallas-Fort Worth."