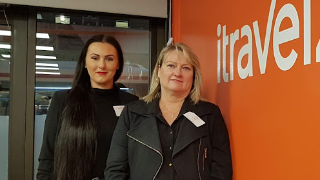 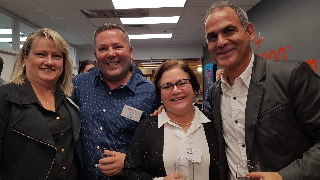 Jackson with David Wright of Sunwing, Mariela Zaldivar of Iberostar and JC Girard of Softvoyage 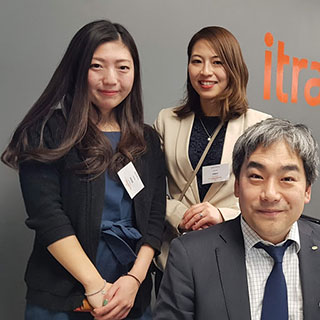 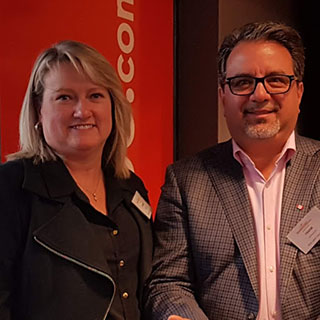 Jackson and Frank Demarinis, President and CEO of TravelBrands.

In a reversal from the ‘who-needs-travel-agencies-anymore’ trend, execs of itravel2000, now one of three retail brands owned by Red Label Vacations, cut the ribbon on a brand new store, set in the Sheraton Centre Hotel in the heart of Toronto’s business district.

Once known for its omnipresent radio campaigns (“1-866-Wow-Deal!”) and its colourful founder (long out of the picture), itravel2000 shook up the retail industry in Canada back in the ‘90s and early 2000s. Online travel agencies were a radical departure for the industry and itravel made huge inroads convincing former walk-in clients that online and call centre were the way to book travel.

Billed as “the first store,” the agency is in the former site of the travel agency H.I.S., run by TravelBrands’ Japanese parent company. It billed itself as the source for all things leisure and business travel to Japan – and exclusive vendor of the Japan Rail Pass, evidently a traffic builder in itself. H.I.S. will maintain a staff of three within the itravel2000 office.

“People keep asking why we are doing this, if we are such a strong online travel agency,” said Dianne Jackson, Vice President, Retail, Red Tag Vacations. But, as branch manager Ursula Breen added, “People want to talk to people, to see people.” Her plans for the agency include supporting ITC suppliers but also growing the FIT business – which, as Frank Demarinis, President and CEO of TravelBrands put it, is an experience you cannot find with an OTA.

The evening was a friendly combo of Red Label staffers, Japanese dignitaries including the General Consul of Japan, airlines, tour operators and hoteliers. Some 50 of us mingled in the bright location, branded (of course) in itravel’s signature orange colour. And Mother Nature even did her part, cranking the temperature down to -10c and contributing several inches of snow, famous for making Canadian travellers think of the sunny south.

All being well, Jackson foresees expansion of the next location in Vancouver.