"Bahamians themselves are bold and bright and proud. And after hard times, after struggle, we come together and we celebrate. It's just the Bahamian thing to do. I guess the right word for it is 'resilience.'"

Coincidentally, those words, spoken by award-winning musician and Bahamian Lenny Kravitz, were recorded for the new Bahamas 'Fly Away' campaign several months before Hurricane Dorian hit the destination. 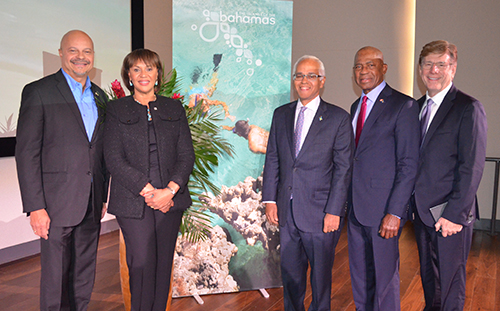 But they're nothing if not true, said Joy Jibrilu, Director General of the Bahamas Ministry of Tourism, at a media event last week.

On a national scale, visitor arrivals to the Bahamas were down 10% in October, and a further 5% in November, she added. On a more positive note, the tourism board is expecting a flat December and, given that 2018 was a record year, "we feel this is not so bad because through to August this year, we were up double-digits," said Jibrilu.

As Abaco and Grand Bahama continue to rebuild, the Bahamas Ministry of Tourism team, and Bahamas hotels and suppliers were in Toronto last week – the third stop on a Canadian tour that also included Vancouver and Calgary – to declare proudly to media partners and advisors that the Bahamas are open for business.

Grand Bahama has rebounded quickly, suffering limited damage to hotel properties, said Jibrilu. The cruise port is back up and running, and lines such as Carnival and Bahamas Paradise have resumed sailings.

FPO, however, remains closed and is anticipated to reopen mid-December.

Abaco properties are also coming back online, but much more slowly than those of GB. 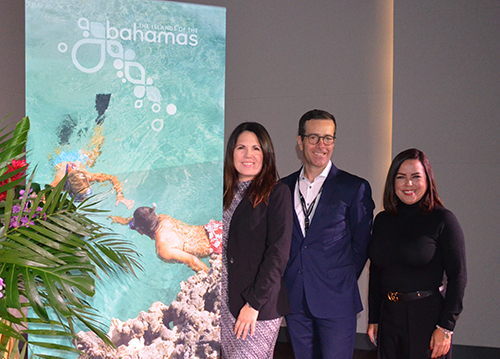 Despite this, the tourism body stressed that of the 700 islands and 2,500 cays that make up the Bahamas, it was only these two that were affected by Dorian.

"The important message that I would like to convey is that almost 90% of Bahamas tourism infrastructure is completely unimpacted by Hurricane Dorian and as a result, the Bahamas is ready to welcome visitors," stated Minister of Tourism Dionisio D'Aguilar.

"We are still delivering the tropical getaway that your readers and clients are seeking," said the Minister, adding that over 50% of Bahamas GDP is derived from the tourism industry and two out of three Bahamians are employed in the tourism sector.

Jibrilu told Open Jaw that the scope of misconceptions about the country’s geography came as a surprise.

"What we've discovered is that the world really does not understand our geography. They have no idea that it takes me longer to fly from Nassau to Barbados than it does for me to get from Nassau to Toronto. People would never report that Canada has been closed because of a snow blizzard in Calgary."

With this in mind, she said Bahamas marketing and promotion efforts in the future will take care to drive that message home.

"One of the things that we're focusing on is not saying the islands of the Bahamas or the Bahamas, but saying visit Exuma, or come to Eleuthera, so that people have a sense and understanding of what those islands are and what they represent. It's been a real geography lesson. It's up to us to do a much better job of telling that story."