There were laughs aplenty as Air Canada and the Korea Tourism Organization hosted an annual year-end celebration dinner at YVR’s Westin Wall Centre.

Over 100 lively travel agents received a spirited welcome by a jolly band of ugly Christmas sweater-wearing representatives from the AC team, who were clearly ready to party the night away. 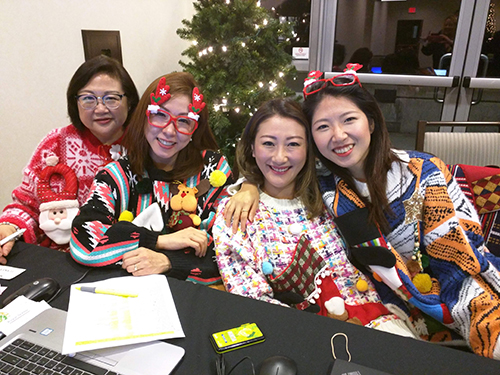 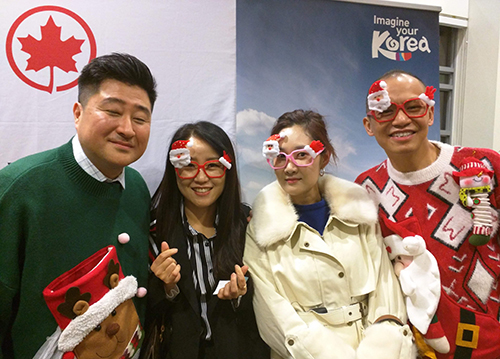 Deejay Lee and Rocky Lo of Air Canada welcome Jin Lim and Joey Choi to the
end of year celebration.

There was excitement in the air as the AC and KTO teams kicked things off by dancing to Mariah Carey’s Christmas anthem, All I Want for Christmas.

The hosts for the evening were AC’s joint venture performance analyst Chris Zhang and the KTO’s national marketing manager Randy Snape – who together formed a formidable and fun double act as they led the excitable crowd through games of charades and Kahoot.


There was, however, a little time for business too.

The crowd was introduced to Amy Kwan, the new Toronto office director for the KTO, who was just two days into her new position.

“The figure for Canadian visitors welcomed in Korea is estimated to be over 200,000 by the end of this year,” she said. “I think this is the highest number in our history and it’s all thanks to your support and co-operation.” 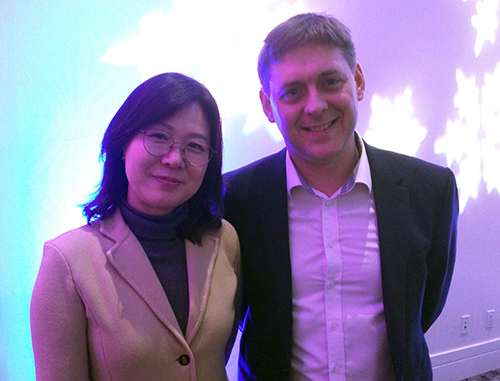 Chris Zhang took to the stage and shared some impressive figures from Air Canada, such as the airline’s three-fold increase in capacity from Canada to Korea since 2014. He also thanked agents for their patience during the carrier’s switchover to the Amadeus Altéa Suite Passenger Service System over recent weeks.

Randy Snape had some impressive figures to share too, stating that Canadian arrivals into Korea are expected to stand at 203,000 by the end of 2019. 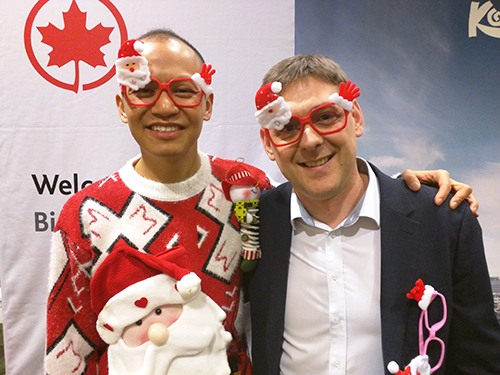 “This has been a stellar year for Korea Tourism,” he enthused. “Canadian arrivals are up by 4.9% over the previous year and that’s thanks to the support from partners like yourselves.” 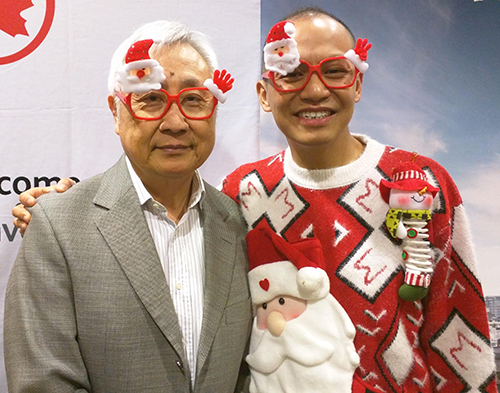 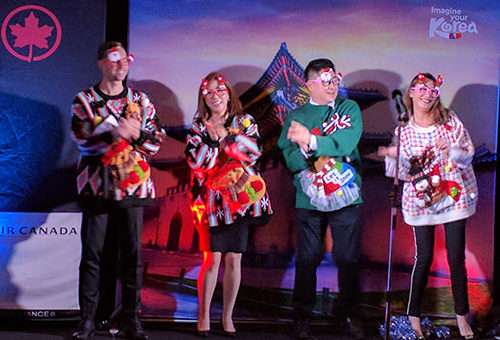 The Air Canada team get into the Christmas spirit with Mariah Carey’s All I Want for Christmas.