Chef Edouardo Jordan’s fried chicken, served up solely on Sundays at his celebrated Seattle restaurant JuneBaby, is so popular that it’s nearly impossible to get a reservation.

Seattle-based Holland America Line CEO Orlando Ashford really wanted some of that chicken, but getting in the door was tough. So he made an executive decision: “If I can’t get to the chicken, I’m just going to hire the guy.” 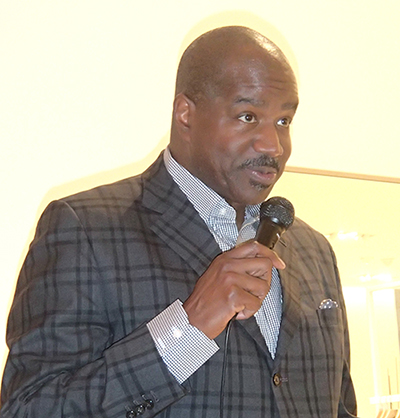 Ashford got a good laugh for that line from a Manhattan audience at an event promoting Jordan’s appointment to the Holland America Line Culinary Council. The group now consists of eight decorated chefs led by HAL Master Chef and Culinary Council Chairman Rudi Sodamin.

We’re sure Ashford really does want some of that chicken, but that’s not the primary reason Jordan was invited to join the select group of chefs that has taken the cruise line’s dining experiences to a delicious new level.

Just 40 years old, and looking a decade younger, Jordan has won many accolades. He’s a two-time James Beard Award winner and his JuneBaby was named best new restaurant in America in 2018 by Food and Wine Magazine. He also operates two other Seattle eateries – Salare, featuring French, Italian, Southern and Caribbean influences, and Lucinda Grain Bar, which specializes in heirloom ancient and local grains. 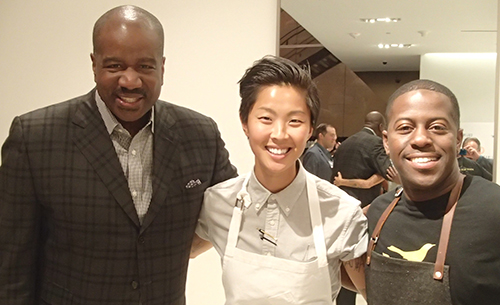 While classically trained in French and Italian cooking at the Cordon Bleu school and in some of America’s leading restaurants, Florida-born Jordan has recently focused on southern cooking “done from the eyes of an African-American chef.”

It’s the food he helped his grandmother and mother prepare when he was a child. For ingredients, think oxtails and okra, black-eyed peas and collard greens, ham hocks and macaroni and cheese. All of these will be worked into the dishes Jordan creates for the main dining rooms and Lido Market venues.

“I can’t wait to share my southern flow and flair with guests of Holland America Line,” Jordan said. 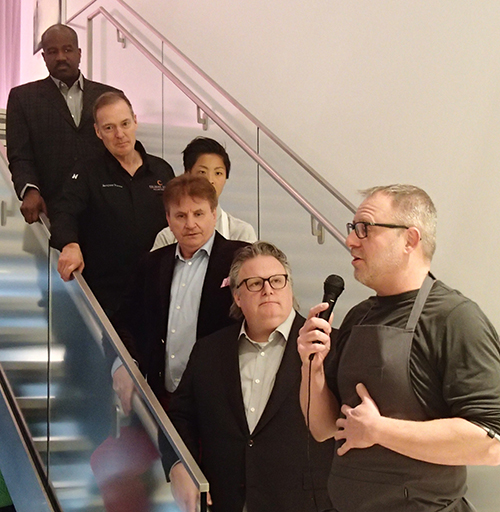 Since Ashford took the wheel at HAL six years ago, he has led a transformation of the 147-year-old cruise line’s onboard and onshore experiences.

On the ships, a major focus has been on food, to great success. Another is music, and it’s not a boast when Ashford says Holland America Line offers “the best live music at sea, hands down.” Between Lincoln Center Stage, B.B. King’s Blues Club, Billboard Onboard and The Rolling Stone Rock Room – all of them featuring musicians of a very high standard – a HAL cruise offers music lovers a virtual festival at sea. 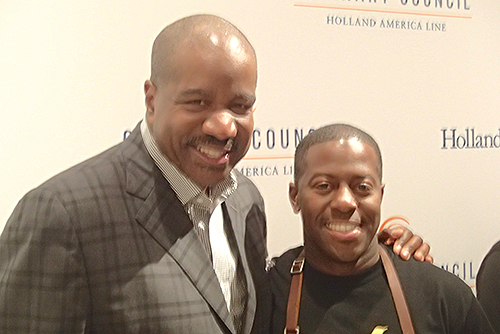 The third key focus is destination programming through Explorations Central (EXC). The Explorations Central discovery centre on HAL ships aim to deepen guest understanding of the places they visit, through travel resources and opportunities to engage with experts and local insiders.

Ashford says the “new energy” at a venerable cruise line makes it the ideal choice for “modern explorers, foodies and live music lovers.”

From a personal perspective, I tick all those boxes, and I’ve had enough opportunities to learn that a Holland America Cruise fits me like a glove. But there are many more people like me out there who I’m not sure are aware of HAL’s new energy and the pleasures it offers a broad demographic.

I’ve canvassed friends, and their perception is that HAL attracts an older crowd. Like 70+ older -- because most of my friends are seeing 60 coming up fast. I’ve talked to many agents who think on similar lines. If that’s the case for you, it might be time for a closer, look, listen and taste of today’s Holland America. 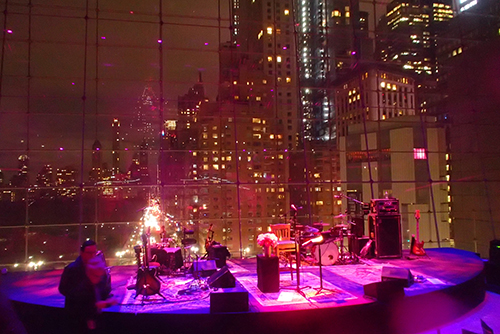 HAL event guests were treated to a concert at Lincoln Center, starring none other than
Canada’s Cowboy Junkies. Lincoln Center supplies the amazing musicians for the Lincoln Center Stage
venues on HAL ships. The Appel Room at Jazz at Lincoln Center features a massive wall of glass
behind the stage, looking out on Central Park and the Manhattan skyline.