If you get misty-eyed recalling the golden age of flying, you’ll be reaching for the Kleenex box watching the video Air France created to celebrate the 70th anniversary of its first flight between Paris/Orly and the aerodrome at Montreal/Dorval. 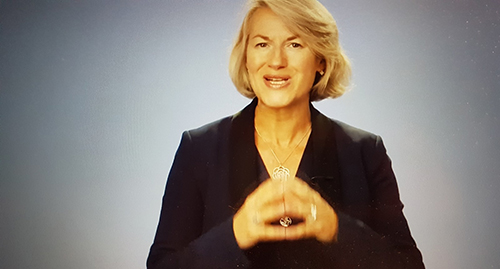 Filled with images of chic stewardesses, fantastique food  and tales of expansion of the carrier’s service to multiple destinations on this side of the Atlantic, the video compilation includes testimonials and messages of congratulations from AF fans including Tamara Vrooman, President of YVR, Mélanie Paul-Hus, Director for Canada of Atout France (the French tourist board), and even the YUL Canine Airport Patrol Team.

Catherine Guillemart-Dias, Vice-President and GM of AF/KL in Canada, thanked not only her team – “really passionate and dedicated” - but travel agents across Canada, some 700 of whom are still dealing with refunds and credits. 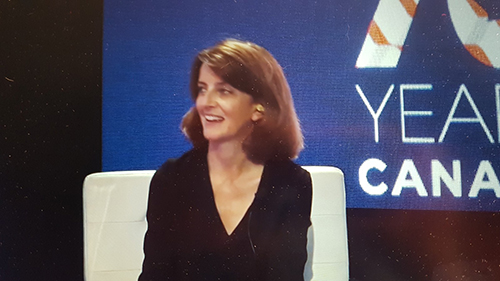 
Kareen Rispal, French Ambassador to Canada, mentioned that before COVID, there were some 680,000 visitors arriving annually from France, while there were over 1.2  million   passengers flying from Canada to France.

A highlight of the video presentation was a looking-back montage of images from the carrier’s storied history.

An AF “stewardess” in chic headgear


As AF expanded into more routes and more long-haul service after WWII, it added Montreal. The inaugural VIP flight was aboard a Lockheed and took 14 hours including stops in Shannon and Gander.

To mark the event, the Archbishop of Montreal stood on the tarmac to bless both the aircraft and its passengers. Film and still photos evoked the carrier’s expansion into more and more sophisticated offerings with meals served from trolleys and eventually movies and music. 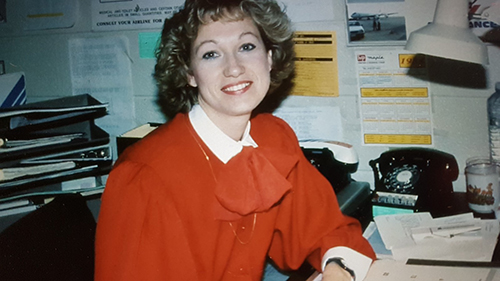 Christina Wendland, Station Manager AF/KL in Toronto, has been with the carrier for 43 years and reminisced about “big box computers with blinking green cursers, just five fare types and handwritten tickets.” Doesn’t that bring back memories!

As co-host of the presentation, travel columnist Jean-Michel Dufaux put it, “When I look at those images I really miss travel.”

Philippe Rainville, President and CEO ADM Aéroports de Montreal, reminded us that AF was the first true foreign carrier to serve the city, and that normally in peak season there are a whopping 25 AF flights between France and YUL. “It’s a long love story.” 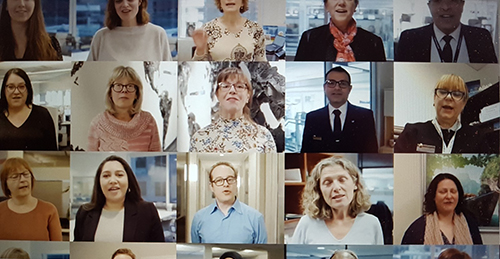 Various AF/KL staff from across Canada


Today, AF/KL have 140 employees in Canada and has bases in Vancouver, Toronto and Montreal. It will operate 10 flights weekly from Canada in November, and up to 17 in December, on board B787s and A350s.

Here’s to a return to safe flying, soon, for all of us. And congratulations AF on this impressive milestone!