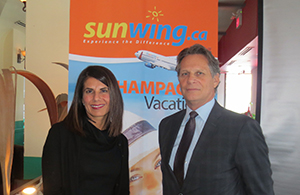 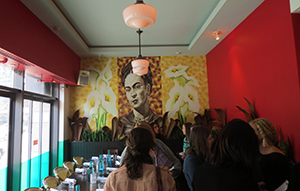 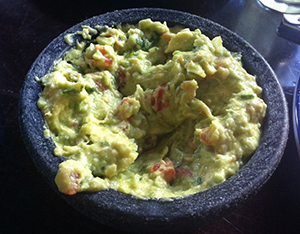 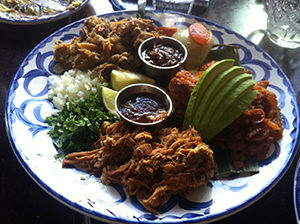 Despite the headline, I’m not going to talk about the -12° weather that we’ve had to endure for the past week.

I’m definitely not going to mention the fact that it’s 28° in Cancun right now. I don’t want to upset you with those facts.

But, I do have to mention that Sunwing Vacations recently launched new service from Buffalo Niagara International Airport to Cancun, Mexico.

And, it’s hard to forget what Lawrence R. Elliott, Group V.P., Business & Corporate Affairs, Sunwing, said about how hassle free airport security at BUF is - compared to Pearson - and that the flight packages are $100 to $150 less than flying out of Canada!

Oh, you know what else I won’t mention, that Sunwing also launched service from Buffalo to Punta Cana.

“Cancun and Punta Cana are the 2 hottest, sexiest destinations for Canadians,” Elliott said during a delicious luncheon at Toronto’s Milagro Cantina. “These are the 1st international flights [out of Buffalo] so it’s a really big plus for the airport [and for Sunwing].”

Even though as of now, the flights for the destinations aren’t sold out, Elliott said that sales are progressing and demand is expected to increase. Sunwing will actually be flying out of 14 different U.S. cities by the summer and as a result, the company is going to up their aircraft ante.

“We currently have 37 aircraft,” Elliott said. “Next winter we will have 43 aircraft and the reason for the growth is due to our U.S. expansion.”

The 1st flight from BUF to CUN takes off this Saturday and Punta Cana’s inaugural is scheduled for 14FEB. Both of the services will run until May.

So, be strong guys. Fight through this winter. You can do it.

But if you can’t… I’ll see you in Cancun.