I Can't Belize It 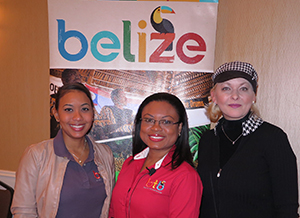 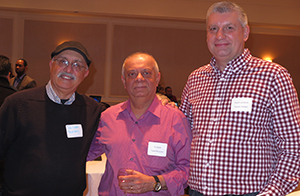 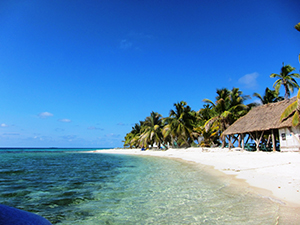 I can’t Belize that I had never been to a Belize event until a couple of weeks ago.

First, I need to mention that I ran into Reggie Kieda, Owner, MKTG Inc., at the event. Kieda no longer lives in Canada – she is now gallivanting around her new apartment in beautiful Panama. She told me that she does make the trip north a few times a year so seeing her can be rare – almost as rare as seeing a jaguar in Toronto. But inside Belize’s Cockscomb Basin Wildlife Sanctuary, the world’s only jaguar preserve, seeing a jaguar is highly likely.

This not-so-smooth transition leads me to my next point: Belize. I find it is one of the destinations that flies under the radar in this industry even though it has just as many appealing features as other popular destinations in the Caribbean. The Cayes for example are islands scattered in the Caribbean Sea offering beaches and boutique accommodations - the destination also boasts accommodations in jungle treetops. Imagine?!

“That’s the beauty of Belize,” said Deborah Gilharry, Senior Travel Trade Officer, Belize Tourism Board, referencing its diversity and accessible size. “You can do so much. You can be in the jungle in the morning and on a beach by night.”

Gilharry said that it’s easy to get around the country since it has only 4 highways – she said this should be a selling point for clients seeking to rent a car in the destination.

Belize also has a rich history that is heavily influenced by the Mayan civilization. In fact, there are 10 different cultures within Belize but it still remains the only English speaking country in Central America. Cruise lines including Royal Caribbean International; Carnival Cruise Lines; Norwegian Cruise Line; Celebrity Cruises; Princess Cruises; Holland America Line and Oceania Cruises have itineraries that make port in the destination and it is a popular retirement spot for many – it even has a Qualified Retired Persons Incentive Program created for people who want to live there.

So with all of these positive points, why doesn’t it seem to be top of mind for travel agents? Maybe because there are no direct flights from Canada?

“We have discussions on the table,” Gilharry said. “There’s information I wish I can say to you but it’s still in the process.”

Well I hope they sort it out in the next few years because I’m planning to retire at 30 and I have my eyes set on one of the Cayes. Does that sound reasonable? I Belize it does.