How I Teleported To Europe With Transat 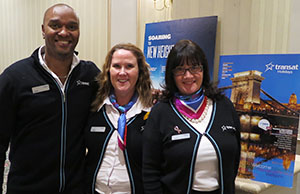 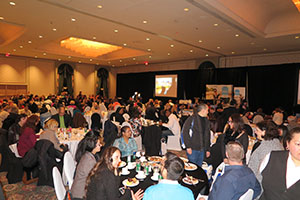 Dinner inside the International Plaza Hotel 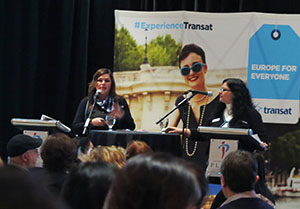 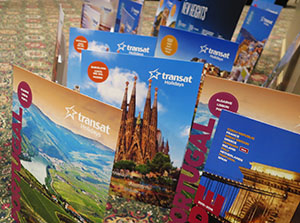 It took me a little over an hour to get to Europe via HWY 401 W.

No passport, no luggage, no plane ticket - just 1/2 a tank of gas and directions to the International Plaza Hotel where the 20th edition of the Transat Europe Caravan was held.

Approximately 250 travel agents were there hopping between more than 50 exhibitors from a total of 10 countries in Europe, as well as 10 cruise lines and car rental companies.

Big banners, video screens and signage were featured representing the various destinations. The trade show was followed by a presentation and dinner – we were even joined by ‘Justin Bieber,’ ‘Gordon Ramsey’ and ‘Taylor Swift’ who were reporting from Europe. But, heh... I was later told the actual celebrities weren’t reporting on behalf of Transat... and it was actually Transat reps pulling a Lip Flip.

The presentation revolved around Transat’s new Central Europe 2015 brochure and the addition of Budapest. Charlotte Antill, Area Sales Manager, Transat Tours Canada, said that Budapest will create the biggest buzz this year and will be great for creating open jaw trips (shameless name drop). “Open jaws are free of charge and are a great opportunity for you to create excellent European packages with Air Transat,” Antill told the agents. The weekly direct flights to Budapest begin 17JUN.