A Love-In & Send-Off For Michael Pepper 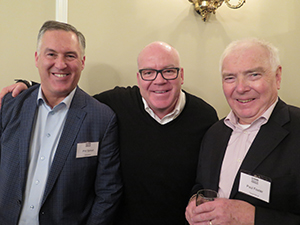 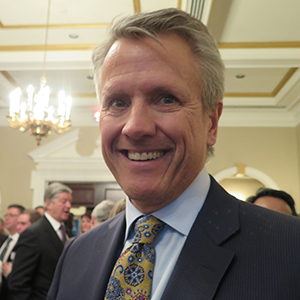 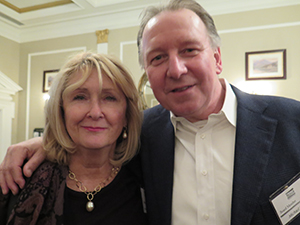 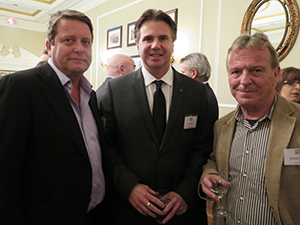 What fun it all was: a raft of movers and shakers in the industry – some still at it, some retired – convened earlier this week at Toronto’s Old Mill to say farewell to Michael Pepper in his role as CEO of TICO, the Travel Industry Council of Ontario.

Spotted in the crowd were such familiar faces as Denise Heffron, Arend Roos, Jeff Element, Robbie Goldberg, Bill Clark, Sue Webb and former NHL referee Bruce Hood - who blew an ear-piercing whistle to get the whole show off to a flying start.

On the big screen was a rotating slide show of Pepper over the years and, of course, many speeches – often referring to Pepper’s devotion and even-handed performance at the helm. Current board chair Michael Janigan spoke of Pepper’s impressive record of achievement. Incoming CEO Richard Smart congratulated him for providing Ontarians with the strongest consumer protection framework in Canada, while Frank Denton, Assistant Deputy Minister, Ministry of Government and Consumer Services thanked Pepper on behalf of Ontario’s consumers, admitting, “It’s not easy working with government.”

TICO’s Vice President of Operations Dorian Werda gave an emotional tribute on behalf of the staff, thanking him for the years of encouragement and inspiration – and “always putting fun and laughter into every day”.

Speaking of humour, what would a send-off be without a roast? And who better to roast anyone than industry veteran and part-time stand-up comic John Kirk?

“17 years! Having heard the hundreds of problems he has over the years, he should be known as Dr. Pepper,” Kirk told the delighted crowd. “And looking at those pictures of Michael past and present, I’d say his hair gives ’50 Shades of Gray’ a whole new meaning.” Kirk shared that Pepper, a relative newcomer to the game of golf, once thought he’d won the longest drive award because he’d come all the way from Oakville. And he brought down the house with his impersonation of former Mr. Red Seal Doug Hamer. Seriously laugh-til-your-sides hurt stuff.

Richard Vanderlubbe also chimed in to say that Pepper had been one of the best CEOs TICO has ever had, graciously omitting the fact that he is also, coincidentally, the only CEO TICO has ever had.

Finally, Pepper took to the microphone to thank us all for coming. “It’s not just me but the team and the board,” he said. “Thank you for coming – I’m humbled by the number of people here. It’s been an honour and a great time.” 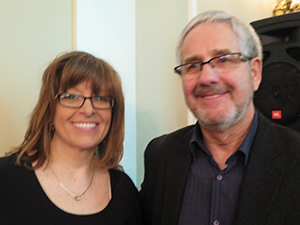 Dorian Werda with the Man of the Moment