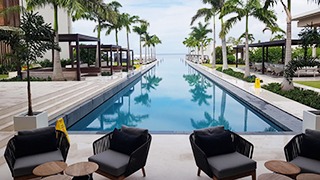 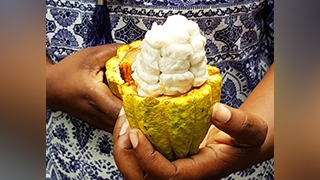 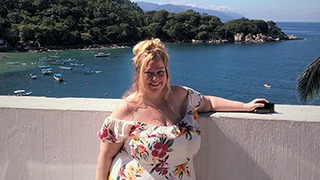 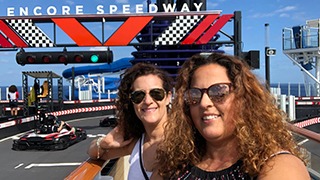 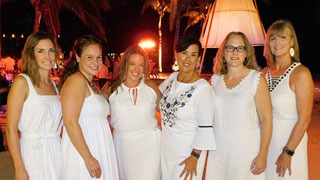 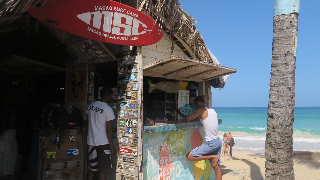 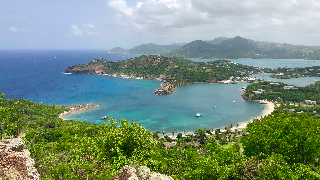 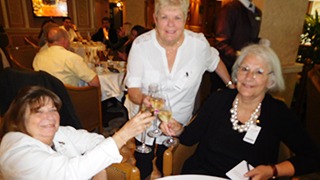 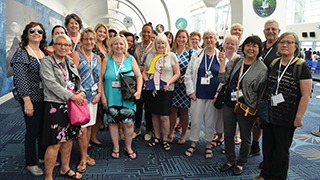 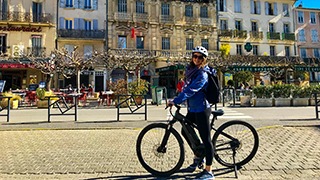 Before & After:
Celebrity FAM Takes Agents To The Edge & The Soon-To-Be ‘Edgified’

Revolutions don’t come around every day. Pushing the boundaries of what’s possible within an industry requires a rare combination of drive, creativity and resilience.

In the cruise business, Celebrity Cruises has promised a ‘revolution,’ and a ‘Jet Set FAM’ of 125 agents from Ontario and Quebec travelled south to Florida for an in-person update. 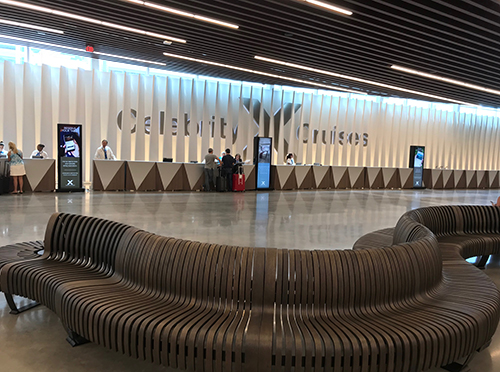 The Celebrity ‘Revolution’ is a US$500-million initiative to modernize the line’s entire fleet to the standards of its latest and greatest new ship, the Celebrity Edge.

So far, two vessels – the Millennium and the Summit, both Millennium-class – have undergone the makeover and the decade-old Celebrity Equinox is set to enter drydock this MAY for a one-month refurb after which she re-emerges “Edgified” on 1JUN.

“We’re bringing our ships up to the standards of Edge. People like change,” said Ken Brooks, Director of Sales and Marketing, Canada. “It’s like changing the transmission in a car – the car is the same, but it’s essentially like new. We’re going right into the nuts and bolts of the ship to give her a new look and a new feel.” 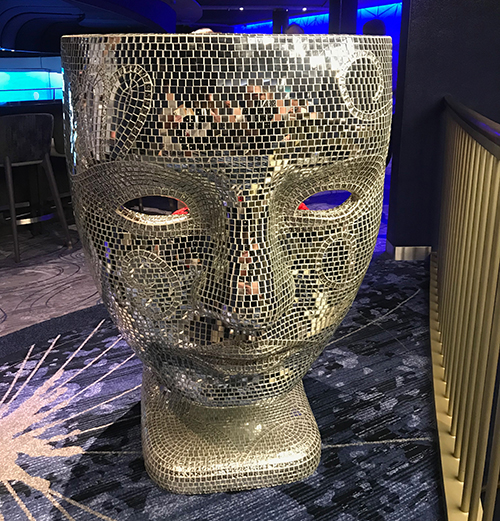 The Jet Set FAM agents had the opportunity to tour the shiny new Edge and the soon-to-be ‘Revolutionized’ Equinox.

The Celebrity experience started even before stepping foot on the ships.

Putting the ‘Jet’ in the ‘Jet Set FAM’, agents got to experience Celebrity’s ‘air-included’ vacation package on a chartered First Air plane that first picked up agents in YOW, then in YHM.

Equinox will get a full makeover, from new paint, décor, styling and carpeting to redone bathrooms and stateroom interiors to match the style, spaciousness and, well, edginess of Celebrity Edge.

British interior designer Kelly Hoppen, the lead designer of the staterooms on Edge, is extending her expertise across the entire Revolution project. 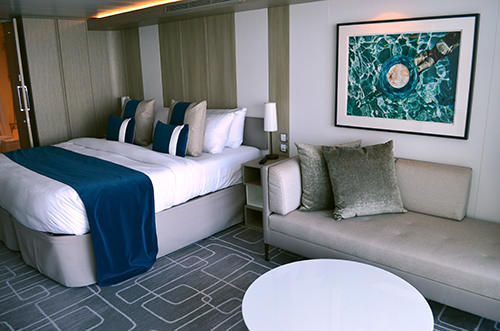 The refurb will replace the dated maroons and browns inside Equinox staterooms with the crisp, fresh tones of whites, muted grays, navys and purples, fundamental to Edge.

But the facelift goes beyond just the visual aspects – it will alter the very feel of the ship.

On Edge, the combination of eclectic spaces, curated artwork and crisp décor paired with floor-to-ceiling windows in its public spaces and outward-facing design give it a luxurious feel of being in a museum or grand hotel, not a ship. 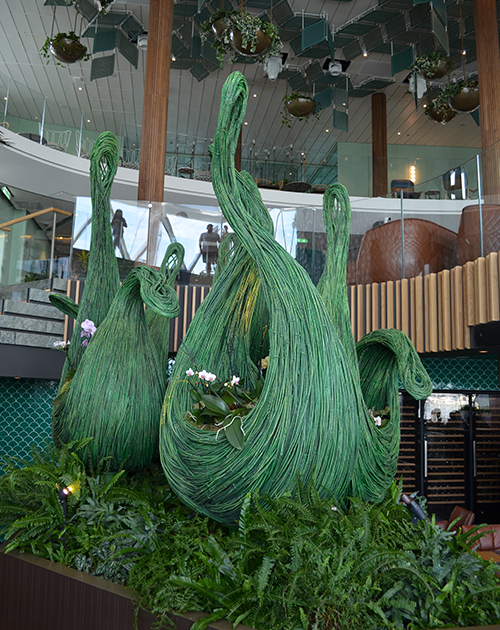 “Celebrity has the most space per person of any other cruise line on all of our ships. On Edge, there’s a lot of open deck space where we could have put different venues or more lounge chairs, but we kept the spaces open so that people can really enjoy being out in the ocean and enjoy the serenity,” Brenda Yeomans, Sales and Market Manager for Celebrity, told Open Jaw. “It doesn’t feel traditionally ‘shippy.’ For people that have never cruised before or thought, ‘I’d never go on a cruise,’ they’ve chosen Edge because it doesn’t look or seem like a ship, just from the décor and design.”

Celebrity is transforming its guest experience, even before guests step foot on the ship. 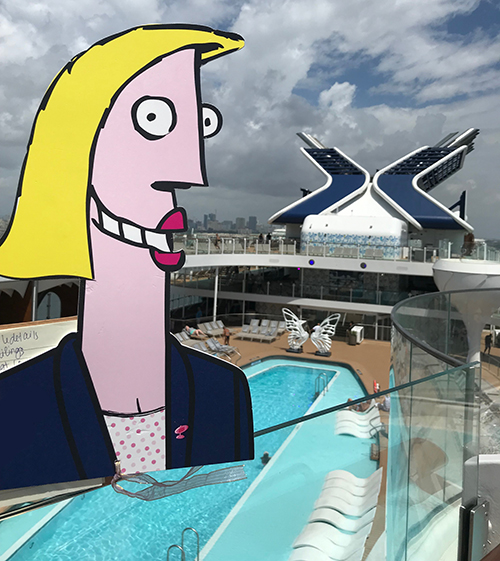 RFID and facial recognition technology allows Edge cruisers to check-in electronically and get aboard faster so they can start their vacations sooner, and the cruise line has a brand new dedicated terminal at Port Everglades in Ft. Lauderdale.

Guests can also access their staterooms right away and if their room isn’t ready, they can drop off their luggage and explore the ship in the meantime.

Enhanced amenities and offerings for suite guests are a big part of Edge and her upgraded sisters. 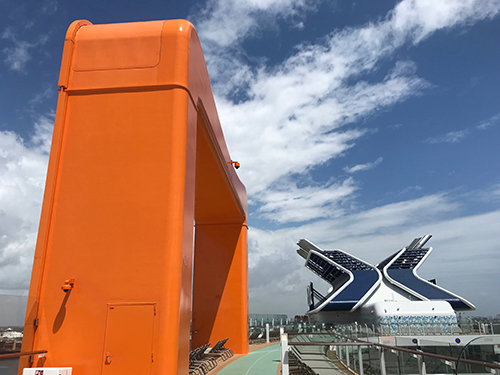 “Our suite guests are really luxury -- that’s the treatment that they get. And now, the facilities will match the service that they’re getting,” said Yeomans.

Suite guests on Edge and post-Revolution ships have access to all the “Retreat” amenities, which includes the Retreat Sundeck, a spacious outdoor lounge area with full-sized pool and bar, the 24/7 Retreat Lounge, as well as butler service and the exclusive Luminae restaurant with menus created by Michelin-starred chef Daniel Boulud.

“I think the main point for the Equinox is for the suite guests. That’s really a key,” said Yeomans. “We really want agents to start focusing on selling an added luxury experience, so we want them to sell from the top down. I also think that’s where they should have the biggest focus because it’s more money for them.” 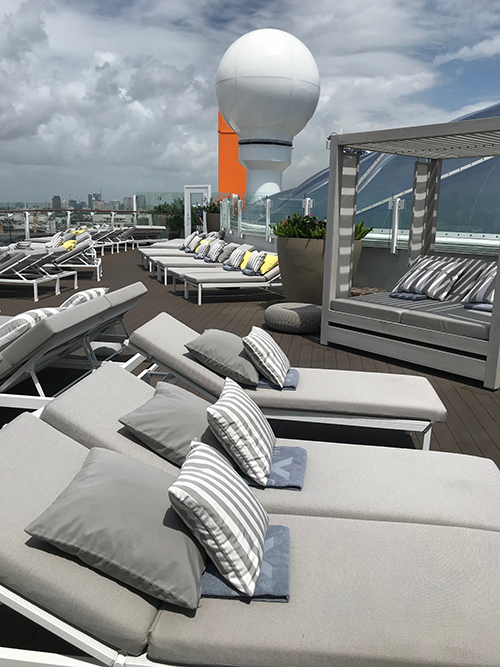 At The Cutting Edge

There are features that will keep Edge at the front of the Celebrity fleet, even compared to ships post-Revolution (at least until the next Edge-class ship, Solstice, comes out in 2021).

There are the innovative infinite verandas -- where at the touch of a button, the top half of a floor-to-ceiling window descends to the level of a traditional balcony railing – and the Magic Carpet, the first-ever cantilevered, floating platform hanging over the side of the ship that changes its environment depending which deck it’s on.

A feature that’s less known on Edge is Eden, a specialty restaurant that has to be seen to be fully appreciated.

Eden means 'delight' in Hebrew, and it’s a fitting name for the multi-level architectural masterpiece. Many agents were absolutely delighted and called the space a ship highlight.

Gigantic bulbous pots filled with orchids, hanging greenery and lush vegetation fill the room’s floor, walls, even the ceiling. It turns the simple act of eating food into an experience, with acrobats and artists performing improv spectacles that invite guests to join in and be part of the show.

For Yeomans, a feature she thinks deserves a bit more fanfare is the walking/running track on the top deck.

“An area that was a big design change that we don’t make a big deal about, is the figure-8 walking or running track at the top deck of our pool,” she said. “Not only is it a figure 8, but there’s also an incline so you’re not just walking on a flat surface. It takes you on a little tour of some areas on the upper deck. Nobody really talks about that but I think it’s a huge feature. Guests can walk and enjoy the sunrise or sunset, not having to manoeuvre between lounge chairs.”

Agents had mixed feelings about the current state of Celebrity Equinox – the first Solstice-class ship to undergo the Revolution.

Some felt she was perfect just the way she was.

“I feel like it doesn’t absolutely need it, but I understand that they’re staying consistent with the brand,” said Norma Hoshberg, an agent with Expedia CruiseShipCenters (ECSC) Ottawa. “It’s beautiful and traditional as it is, but Celebrity is always moving forward and they’re always on the cutting edge of design and innovation.” 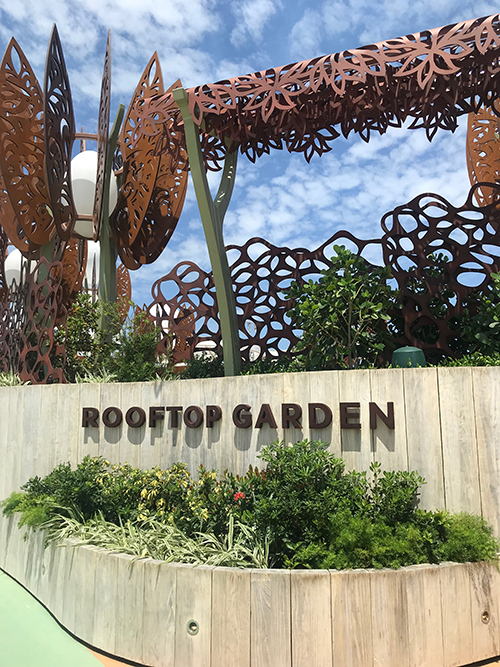 “I loved the colour scheme. I’m surprised that they’re changing it, but I understand that they need to keep the brand consistent,” said Mandy Armstrong, with The Travel Agent Next Door.

For Mel and Deana Fishman with Travel Edge, who sailed sister-ship Silhouette this past January, Equinox displayed a classy, traditional looked that was right up their alley.

“It’s gorgeous. It’s really a first-class ship. Everything on it is celebrity-quality,” said Mel. “For us, I don’t think anything needs to be changed but for Millennials, yes. It’s a classier look, so I think they’re probably looking for something a little more modern, colourful and contemporary.”

Other agents found the ship stuffy and felt like the interior, from the carpets to the furniture, needed a revamp.

“I was very underwhelmed,” said Rebecca Peterson, ECSC Ottawa. “There was no ‘wow’ factor. As soon as you step onto the ship, you feel like you’re on a ship.” 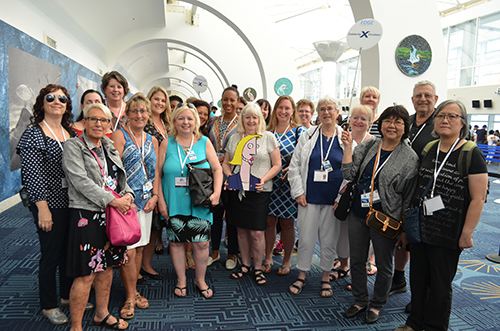 The Edge unmasked an entirely new perspective of what Celebrity Equinox will look like post-refurb, and after seeing what was in store for the Solstice-class ship, agents were excited at the prospect.

“I love the Edge. The design team thinks 10 steps ahead of the game. They think to the future,” said Hoshberg.

Celebrity hopes to attract a younger crowd with its modern design and luxury feel, said Yeomans.

“Right now we’re really cycling through our repeat guests that have been waiting for a new ship, so it’s a lot of repeaters and repeaters tend to be older. But we are attracting hipper clientele,” she said.

Agents believe that luring a younger clientele is absolutely doable with Edge and its updated sisters.

“I see it really appealing to the 30-year-old traveller or more affluent millennials. It would be awesome for a group of girlfriends,” said Armstrong. “I think it’s for people looking for a little bit more sophisticated environment without a lot of kids around.”

“Celebrity Edge would be good for people who are more affluent because they have a bigger budget so they want something that’s a little more classy and not as theme-showy. Also maybe well-travelled children that don’t necessarily need to be entertained would do well with this ship,” said Andrea Arkell with Arkell Travel.

After Equinox gets her Revolution, Celebrity Silhouette is next in line, entering drydock in January 2020.